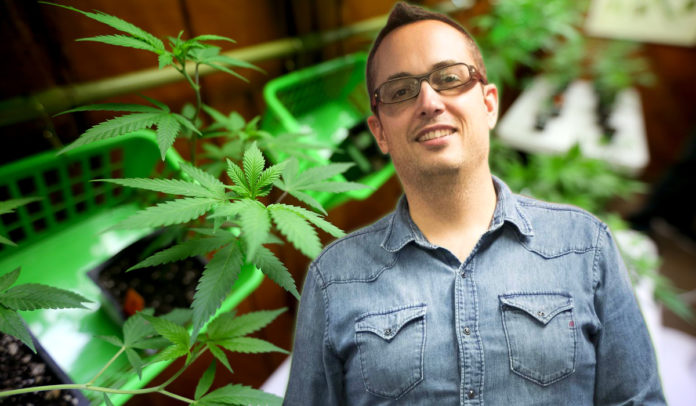 The former godfather of the tube empire MindGeek, Fabian Thylmann, is investing $1 million in Cannamedical, a German cannabis startup.

Fabian Thylmann, founder and former managing partner of Manwin, the holding company that became MindGeek in 2013, put down $1 million for an investment in a German company called Cannamedical, focused on medical cannabis and currently employing 20 employees.

Thylmann unexpectedly sold Manwin for $73 million dollars in 2013 to the top management of the company. In a letter to his staff, he said: »It is with a sad heart that I have to announce that I have decided to sell Manwin to Manwin’s top management team. Please believe me that this decision has been one of the hardest in our lives for both my wife and myself. Both myself and Manwin are at a stage where I can no longer add significant value to the best of my ability. I hope I have taught all of you and management the right values to be able to continue the company in the best possible way and I am looking forward to following its development.«

The year before the sale of Manwin, he ran into legal trouble with German authorities because they suspected him of having committed tax invasion. He was extradited from Belgium to Germany in December 2012 and agreed to settle the case by paying 5 million in 2015.

The man who developed NATS (Next-generation Affiliate Tracking Software), a software designed to track users’ clicks on advertisements and links so that they could be paid commission seems to be back on track. In 2015 he bought the social photo sharing app Frontback and increasingly developed a profile as a business angel and venture capitalist.

In an interview with Marijuana.com Thylman said that the cannabis business has similar problems and advantages as adult entertainment regarding payment transactions.

He said: »It is a very profitable business, but few banks and funds today are comfortable with it globally. My old network puts me in a unique position to help companies in this field move forward more than others, and I have no fear investing in businesses I believe are beneficial for mankind, as long as they are legal.«

He added: »Cannamedical is one of the very few companies with a permit to distribute in Germany. They are in a unique position in a very strong market and are very well set up for unprecedented growth.«

Since March 2017 the company has the ability to legally import Cannabis into Germany for medical purposes. Right now Cannamedical is buying all its products from Dutch companies but intends to switch to a supplier from Canada as the company expects rapid growth.

Well, now Thylmann only needs to start a record company to complete the magical triad: »Sex, Drugs, and Rock’N’Roll«.