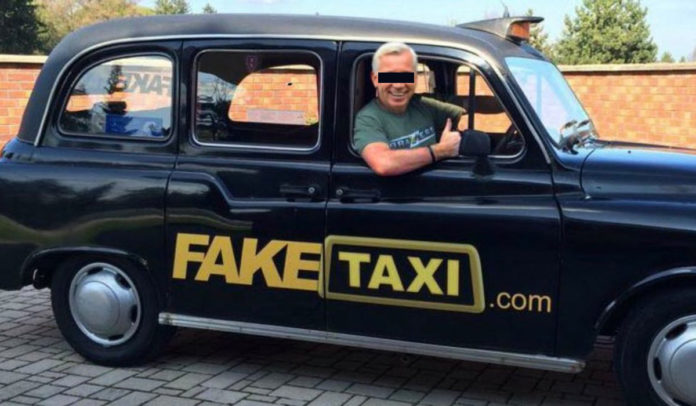 A very special taxi was stolen. Maybe the most famous taxis of all – at least in adult entertainment. Fake Taxi has seen its share of human vices. Now it was stolen from a parking space in South London.

Luckily there was a security camera recording the scene. Footage from the theft was released on YouTube in an effort to win over the public’s support in finding the stolen vehicle.

A representative of the studio said: »We’re at a loss for words. The vehicle has a lot of history with our site and is deeply missed. We have other vehicles available, so this will not halt production on Fake Taxi or Fakehub. We hope to find the vehicle soon, so any assistance the public can offer in locating the vehicle will be very helpful.«

It is a traditional black taxi famously used all over in London. The logo Fake Taxi is printed on each side of the car.

The studio also produces other series like Fake Cop and Fake Hospital.