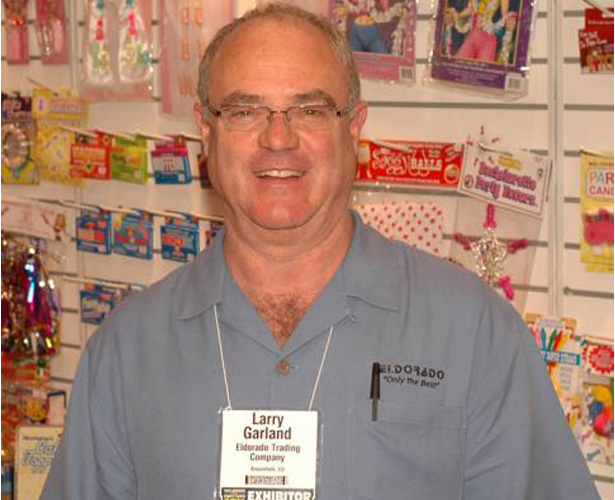 Known by many of his friends and colleagues as “L.G.,” Garland was attending a trade show in Burbank, Calif., when he unexpectedly passed away Sunday, Jan. 15. There are no details, but Eldorado Trading Co. will issue a statement soon.

“I have lost my best friend,” said Dennis Paradise of Paradise Marketing. The pair had been friends for decades, as both are 40-plus year veterans of the adult pleasure product industry.

“I’m unbelievably saddened by Larry’s passing,” said Tony Rios, CEO of AVN Media Network. “He was loved by everyone, and for good reason. He was always a champion for AVN. He was always on the side of bringing everyone together for the betterment of the industry. He will surely be missed.”

Garland, who founded Eldorado Trading Co. in 1974, was known to speak as fluently about Chinese labor disputes as he did about normal pH levels in the vagina—and just about everything else in between. Eldorado Trading began in Garland’s basement, where he originally worked with Native American jewelry. The business transitioned into the smoke shop market, and eventually into pleasure products and the adult industry.

Garland was always known to put his employees and customers first, and became a friend to practically everyone he met. He was always gracious with his his time, his humor and his generosity. He was a staple at every trade show, often sitting on panels, sharing his knowledge, experience and words of wisdom with seasoned veterans and newbies alike.

For the past several years, Garland held fundraisers and food drives for the Community Food Share program, helping put Thanksgiving dinner on the table for thousands of Colorado families in need.

In addition to the numerous awards Eldorado Trading Co. has earned throughout the years, Garland himself was also recognized with induction into the AVN Hall of Fame and the “O” Award for Lifetime Achievement.

“I am so shocked and saddened,” said Paul Fishbein, founder of AVN Media Network and Plausible Films, who had known Garland for many years.

Fishbein said one of his most recent experiences with Garland was last January.

“We shared a taxi together and talked about the Broncos playoff run,” he said. “Larry was one of the nicest, warmest people I’ve ever known in the business.”

Theo Sapoutzis, current owner of AVN, echoing the sentiments of everyone at AVN, said Garland, “was the nicest person ever. Whenever I was talking about the novelty industry to people not in the business, I would tell them about Larry and what a remarkable person he was.”

Added editor Sharan Street, “Simply put, there’s nobody on the AVN staff who hasn’t been touched by Larry Garland, whether it was listening to him on panels at our shows, interviewing him for stories, working with him as a Free Speech Coalition board member, or just talking with him at parties. It’s an immeasurable loss to the industry.”

Garland, who lived in Boulder, Colo., is survived by wife Wanda as well as son Preston and daughter Shauna.