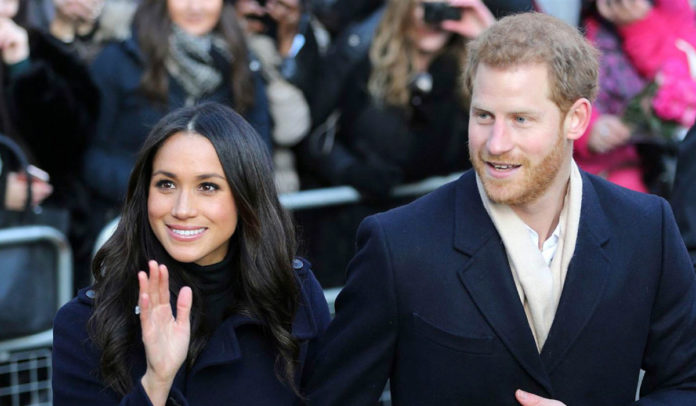 The new interest didn’t go by unnoticed of course. The couple topped another list. Vivid Entertainment’s annual list of celebrity couples the company would probably do everything for to get a sex tape to market to the masses. The American actress Meghan Markle (36) and her fiance Prince Harry (33) made the top of this year’s list of 10 couples the judges at Vivid would most like to see naked.

Vivid’s Vice President of Production and Licensing, Marci Hirsch said: »Meghan and Harry are even more exciting now that they are engaged. The way they look at each other is very sexy and that translates to the bedroom. They’re sure to be at the top of the news cycle with their upcoming Spring wedding, and we’d love to get the honeymoon tape to show on VividTV.«

Position No. 2 has been pretty much locked by Justin Bieber and Selena Gomez. They are followed by Gwen Stefani and Blake Shelton. Back at No. 4 is celebrity glamour couple Amal Alamuddin and George Clooney. Newcomers are Miley Cyrus and Liam Hemsworth at No. 10.

Vivid Entertainment made a name for itself as a specialist in celebrity sex tapes offering videos starring Kim Kardashian, Pamela Anderson and many more. Go to Vivid.com to find out more.