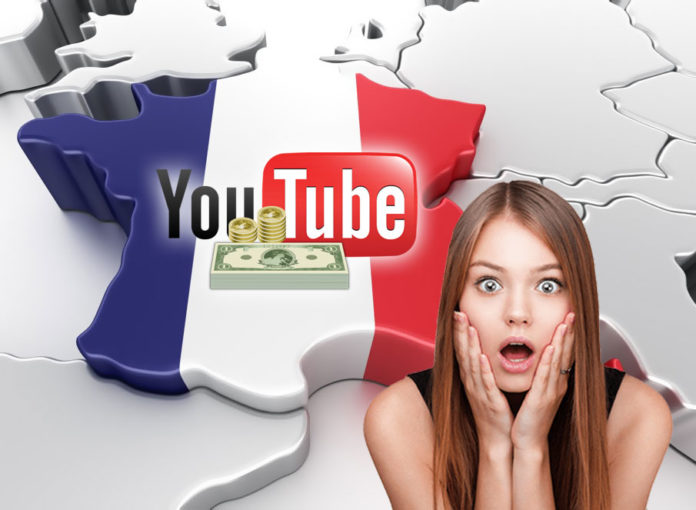 The French National Assembly is apparently planning to implement a tax on advertising income generated by video portals like YouTube. The members of the lower house passed the proposal as a supplement to a law currently being discussed. The government rejected the proposal.

The new tax amounts to two percent of the advertising revenue and benefits national film funding. Similar to the fees for rental and sale of DVDs and Video-on- Demand portals, users of currently free portals will now have to pay. For pornographic videos, the tax should be ten percent.

It all adds up. France is ranked sixth in the world according to a “Porno-Traffic” statistic from 2014. 7.3 percent of the total French web traffic is pornographic. World champions in this discipline are however, the Germans. They have an impressive 12.4 percent.

However, the French government rejected the proposal. The State Budget Secretary Christian Eckert said, the tax is difficult to impose. A tax will be levied on advertising revenue from videos watched in France even if the portals are abroad.

Since France has a two-chamber system, the law is not yet decided. The National Assembly must first vote on the law as a whole. Then the text goes to the Senate. If the proposal is modified there, the two parliaments must seek a compromise solution. The National Assembly, however, has the last word.

In Italy, a so-called &quot;porn tax&quot; was introduced in 2005. There, 20 percent is paid on “relevant products”. The tax was introduced by the then Italian Prime Minister, Silvio Berlusconi, who at the time caused a stir with his “Bunga-Bunga- parties”.