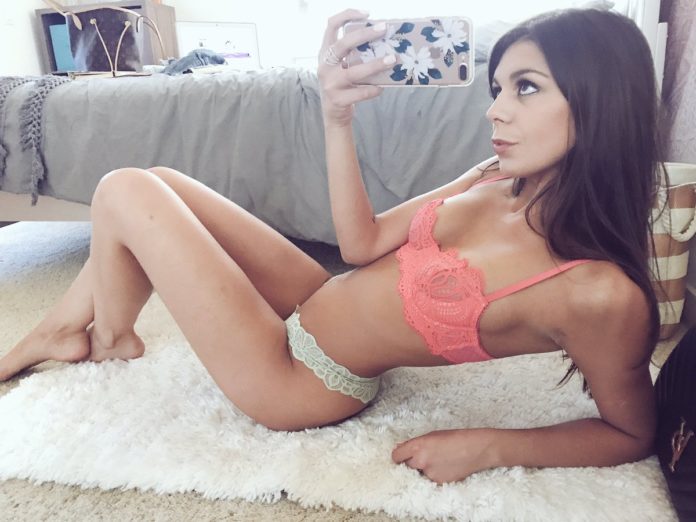 Porn actress Olivia Lua passed away at 23. She is the fifth performer in a few months passing away at an early age. Her death was reported by her agency LA Direct Models.
Olivia Lua is the second actress represented by LA Direct Models that passes away. Fellow actress Olivia Nova whose death was reported last week was also under contract with the agency.
Ms. Lua was born in Philadelphia. She started in the industry last year and already worked on 30 movies within a few months time.
The statement by her agency reads as follows:
Much comment has recently been made on the number of adult stars having passed in the last year and with great sadness we must inform that the list has grown longer. We learned today that Olivia Lua passed away this morning—may she rest in peace. Olivia joined Direct Models in April 2017, though had not been available for work since early October of last year, as she had been facing some personal challenges that had seen her in residential rehab for a period of nearly three months and from which she had been out for about a month, hoping to make a return to work in the early part of this year.
We learned today that she had returned to a different facility in West Hollywood after a relapse, approximately a week ago, at which she was found deceased this morning. Family and close friends relate they had deep concern at the volume of prescription drugs prescribed to Olivia and the danger this posed her, if this was mixed with recreational drugs or alcohol. It is believed this to be the cause of her passing.
We at Direct Models obviously can barely believe we are issuing a notice such as this, not once but twice, in such a short space of time. The coincidence that both of these models chosen stage names is Olivia is solely that and they otherwise have no connection—we actually do not think they had ever met.
Direct Models has not spoken to the coroner and has no information on a post-mortem or a toxicology report. We are deeply shocked and saddened. We have expressed our sympathy to those closest to her.