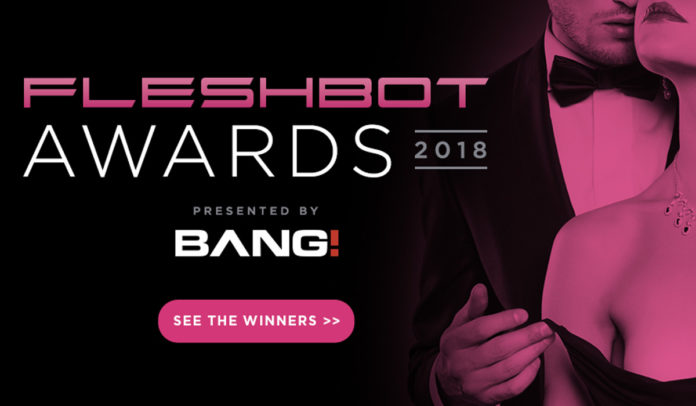 The blog site Fleshbot was founded in 2003 and quickly became an influential voice as part of the Gawker network of cultural and gossip blogs. For several years the blog was edited and owned by Lux Alptraum who sold the blog in 2014 to SK Intertainment.

The Awards were originally launched in 2009 and run until 2011. The new rendition of the Fleshbot Awards was sponsored by Bang.com. Fleshbot declared this year’s return a »massive success«. According to the blog, more than 600,000 votes were cast by fans and performers.

On the occasion of the announcement of the relaunch a representative for Fleshbot said: »While the adult industry has other award shows, we wanted to flip the script and make the Fleshbot awards all about the fans and pornstars themselves. That’s right, 100 percent real people voting on their favorites to determine our real deserving winners. The awards and voting are all set up to be fair, transparent and fun for everyone. By letting the popular vote decide the winners, it allows fans, studios and stars alike to campaign for votes. Our goal is for as many people to be involved in the voting process as possible. «

These are the winners of the 2018 Fleshbot Awards:

Director of the Year
Dana Vespoli