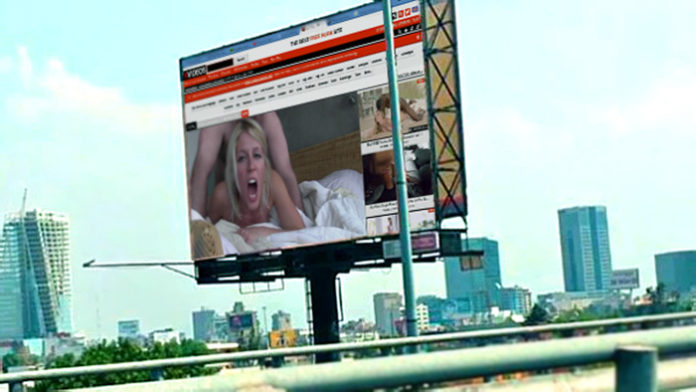 Alvaro Jimenez Gonzalez died Friday after he climbed out onto the huge screen along the the Periférico highway in the San Antonio area of the Mexican capital but lost his footing. It’s reported that Gonzalez was not using a harness at the time of the fall.

The video, which showed a woman pleasuring herself with a sex toy, began playing on the billboard on Friday afternoon and authorities were called to the scene to disable the explicit content in the fear that it would distract drivers traveling along the busy highway.

Paramedics treated Gonzalez at the scene before transferring him to a nearby hospital, where he later died, according to local media.

“We deeply regret the death of our colleague Álvaro Jiménez González from the Tacubaya station,”said Raúl Esquivel, director of the local firefighters’ union. “We offer complete support from the firefighters and the government of Mexico State to the family of our colleague.”