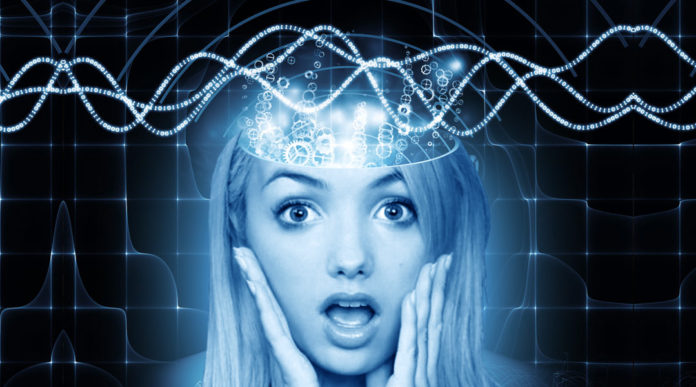 Developers used OpenBCI, an open-source interface that allows for connection between a person’s brain to a computer via electrodes, and integrated it with Lovense’s API. In a demonstration video, which you can watch below with English subtitles, they outfit a test subject with three electrodes and ask him to close his eyes and focus on the toy sitting on the table in front of him. Instantly, it begins vibrating. “The general idea is to be able to make the toy vibrate by focusing on it, and why not make someone come just by thinking about it,” the tester says in French.

There are also some major limitations of this app — namely that it doesn’t seem very reliable. On the second try, the tester isn’t able to immediately turn on the sex toy with his mind. But when he gives it another try, it vibrates right off the table. A second tester is only able to get it to come on very intermittently — in a sad, dying sex toy sort of way. So you might not be able to think yourself off with this app, but you can at least think the vibrator on. As the first tester put it, “It’s kind of exhausting, but it really works.”

The app isn’t being distributed or sold, so for now this is just an intriguing demonstration of the weird places that the future might bring us — and our sex toys.