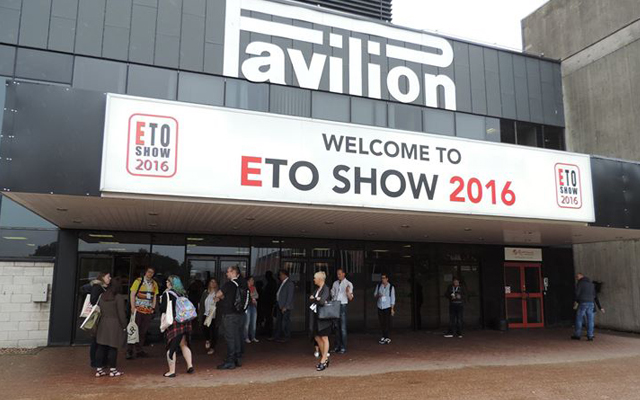 The 2017 ETO Show will not take place at the NEC on the dates previously advertised. The annual event has been running at the NEC since 2005 but, after discussions with key stakeholders, the organisers have concluded that the venue no longer meets the needs of the industry in the current uncertain economic climate.

The organisers are planning to replace the 2017 ETO Show with a new B2B event which has a tagline of ‘less show, more business’. Jonathan Kirk explained: “It’s being developed from the ground up to be more cost-effective for exhibitors than hiring space in a cavernous hall, while still offering the benefits of a conventional trade show.”

Plans for the new event include it being a single day duration. This will significantly reduce both the cost of exhibiting and ancillary expenses, such as accommodation, and it will be staged at a different location: “When the NEC informed us last year that the ETO Show would have to move out of the Pavilion, due to a year-long exhibition taking place there in 2017, we accepted that we would be relocating to another hall,” Jonathan Kirk explained. “But none of the alternatives we have been offered have suited our needs, and visitors and exhibitors would no longer be able to walk between the show hotel, the exhibition hall, and the awards venue as they have in the past.”

Kirk continued: “After discussing this with some of our major exhibitors, we decided to use this as an opportunity to look into creating a new event for 2017.

“It will retain all the aspects of the ETO Show that exhibitors love – such as seeing all their customers in one place – but the cost of exhibiting will be significantly less than at the NEC.”

Kirk added that visitors will largely be unaffected by the change: “The only difference that visitors will notice is that the event will be in a different location and they will only need to spend one day away from their business,” he said. “They will still be able to meet a large selection of the industry’s leading names all in one place and get to see the latest product launches.”

In keeping with the ‘less show, more business’ tagline, there will be no lingerie catwalk.

ETO publisher Lee Schofield said: “Exhibition halls, especially at a prestigious location like the NEC, are hugely expensive to hire and the costs rise every year. With economic uncertainty here in the UK and in mainland Europe, we have concluded that the needs of the industry would be better bet by a ‘back to basics’ B2B event this year.”

More information, including the date and location of the new event, will be revealed in a future issue of ETO.