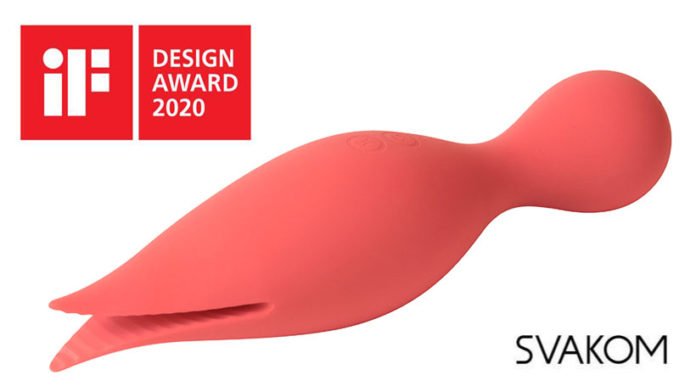 The global sex toy company Svakom is one of the few high-end producers in the market. The company’s products have been winning design prizes and industry awards for years.

A few weeks ago, Svakom won a prize for the Siren in the category Innovative Sex Toy of the Year at the XBIZ Awards. Now the company has also received the iF Design Award.

The iF Design Award, which has been in existence since 1953, is one of the most prestigious design awards in the world. 78 design experts choose from over 7,000 applications.

A spokesman for Svakom was delighted: »With lots of positive reviews, Siren has been one of the top-loved adult toys by users. Svakom is proud to have created this unique toy people truly love, and it’s a huge honor for Svakom to have won the iF award, it boosts our confidence and drives us to work harder for more surprising products to create in the future.«

Besides Svakom there is another high-end producer among regular Venus exhibitors who is successful at the iF Design Awards. Last year, the Swedish company LELO received the iF Award 2019 for its »Sona Cruise« device.

More information can be found on the Svakom website.