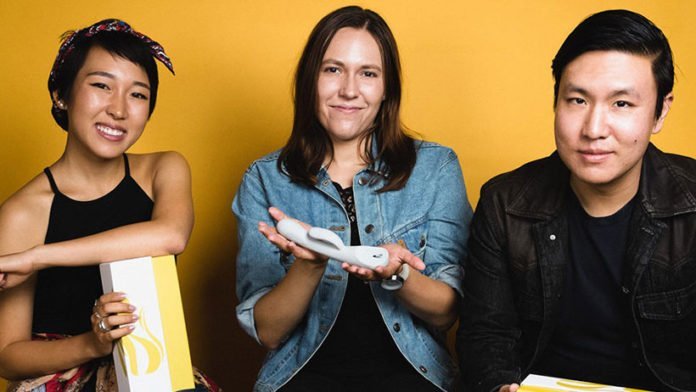 For years, the business magazine Forbes has been highlighting outstanding and promising talents among young entrepreneurs with the publication of the list »30 Under 30«. This year the co-founder of the sex start-up Lioness, Anna Lee, made it onto the list.

As an industry observer, these are strange times. On the one hand, adult entertainment in particular is experiencing a global backlash, more and more countries in the world are trying to censor, restrict or even demonize adult content, more and more mainstream platforms are censoring themselves and their users, sometimes in blind obedience, more and more sex workers become victims of regressive politics.

On the other hand, social awareness of the importance of sexual health, the diversity of human sexuality and the knowledge of the positive aspects of pornography is growing strongly, and discrimination against sex workers is increasingly denounced and fought against. We are apparently in the middle of a cultural war that is crucial for all companies and members of the industry the outcome of which seems open.

So it’s a good sign that a mainstream magazine like Forbes is honoring an entrepreneur whose startup Lioness develops sex toys for female lust. After all, it is still difficult for many companies in the industry to be allowed to advertise their products at all.

A place on the prestigious list is therefore not only a boost for the respective career but also a sign of the growing social recognition of the industry.

The Forbes list is also so influential because almost all of the jurors are venture capitalists and investment funds. This year, the consumer electronics division was selected by Jeremy Liew (Lightspeed Ventures), Anjali Sud (Vimeo), Hans Tung (GGV Capital) and Nick Weaver (Eero). Despite positive impulses from groups such as Women in Sex Tech, it is still difficult to obtain the necessary capital for companies with a background or business model involving sexual content.

For Lioness it should now be easier. Anna Lee is very pleased about her inclusion in the list: »I’m so honored to be a part of 2020’s Forbes ’30 Under 30′ and more importantly, to have Lioness recognized as a part of the broader consumer technology industry«.

For the two Lioness founders, the award is likely to be a comforting tailwind, as the start-up was recently excluded from a Femtech conference organized by Samsung. Anna Lee’s colleague Klinger was asked by the organizers to dismantle her booth and leave the event during the fair. The reason given was that vibrators would not contribute to female health. The cultural war over sexual health, sexual freedom, and sexual self-determination is therefore in full swing. And pornography and sextoy manufacturers are in the middle of a storm.

To learn more about Lioness, click here. This year’s Forbes list »30 Under 30« can be found through this link.