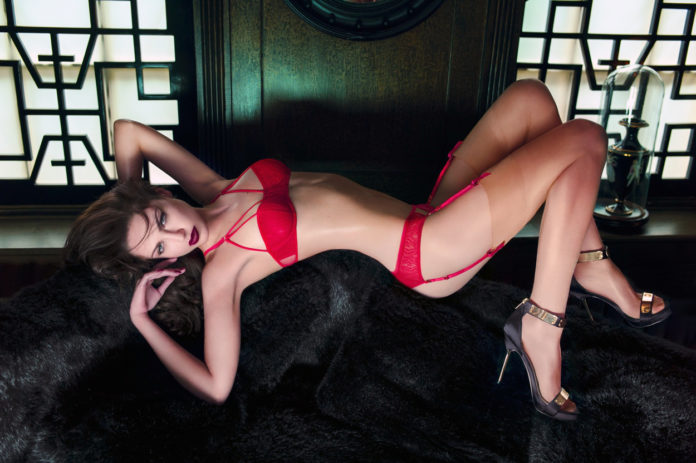 When Lovehoney signed its first licensing deal in 2005, we didn’t even realise what it was.

They needed guidance, reassurance and trust, but instead faced navigating a baffling array of scary looking purple things with unhelpful names like ‘Fritz The Snake’ and the ‘Crystal Clear Ladyfinger’.

There were no brands in sex toys to help consumers decide what to buy. A big problem.

We needed better products and a name people would recognise. We racked our brains.

There was a dating show on the BBC at the time called Would Like to Meet, featuring sex and relationships expert Tracey Cox, handily also the author of the world’s best-selling sex manual.

“Besides being a money maker itself, licensing has been a cost-effective way of marketing Lovehoney and getting the column inches that spread our sexual happiness message”

So we called her and asked if she wanted to help us make a range of sex toys and let us use her name and likeness on the box. Amazingly, she said yes.

We gave her an advance, agreed a royalty and signed a contract. Turns out, that’s a licensing deal.

Bingo. We had a name that people recognised, trusted and, most importantly, bought into.

Today there are dozens of products in the Tracey Cox Supersex range, and we’ve sold millions of units.

The deal helped the minnow-like Lovehoney punch well above its weight in terms of getting press and exposure – and customers loved the range. We were off.

Since then licensing has been a key part of Lovehoney’s product strategy.

We’re on a mission to spread our sexual happiness message as far-reaching as possible.

The brand collaborations we do are a huge part of this, generating PR and promoting Lovehoney worldwide.

Collections working with rock bands Motörhead and Mötley Crüe have been great for us in Germany and the US.

Fashion brand Tokidoki is a big hit in the Asian market, while our luxurious Coco de Mer range caters to the high-end consumer who’s looking for the very best.

The benefits of licensing

But all of them are dwarfed by the juggernaut that is Fifty Shades of Grey.

It has been huge for us, and continues to be so. It has opened doors to unlikely new markets like India.

It’s the most widely recognised, biggest brand in sex and is set for another huge boost with the release of the Fifty Shades Darker movie adaptation on Valentine’s Day 2017.

Besides being a money maker of itself, licensing has been a cost-effective way of marketing Lovehoney and getting the column inches that spread our sexual happiness message.

The worldwide sales have made a dramatic difference to Lovehoney’s international growth and were doubtless a huge factor in the company being awarded a Queen’s Award for Enterprise in International Trade last year.

I don’t think that would have happened if we’d stuck with Fritz the Snake.