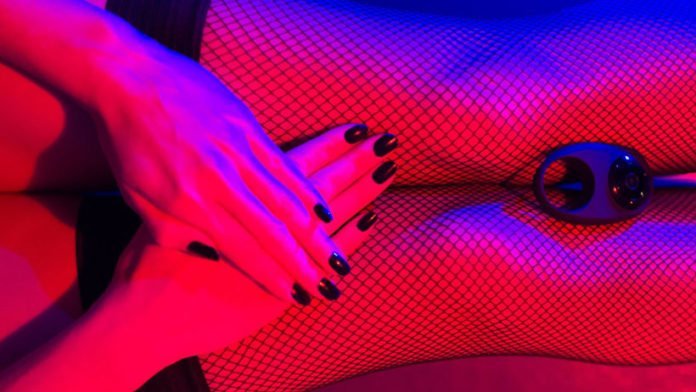 British sextoy manufacturer Julz has developed a cockring featuring a camera allows couples, to get a completely new perspective on their lovemaking.

A $160 penis ring promises a new, highly intimate perspective for amateur videos. The camera is attached to the cockring itself and should provide unusual shots. The manufacturer is a small startup from Great Britain called Julz. Under thecockcamera.com the enterprise promotes its innovation finding worldwide attention: British Tabloids and Vice.com already published reports on the new toy.

The device consists of a silicone ring, on which a camera has been mounted, which is equipped with infrared light for possible night shots. The device also includes a microphone and a slot for a micro SD card. The film material can be stored on the user’s mobile phone using an app.

The company’s website states about the new device: »It’s a video camera that films your intimate moments at never seen before angles.« The manufacturer claims the toy is especially good for long-distance relationships. »Get creative and send footage to your partner across the globe.«

The device’s battery lasts up to 90 minutes. Julz tries to counter security concerns by saying that the app only operates the camera itself and is used for watching the clips, but that it doesn’t save the footage. However, this only prevents the camera from being monitored by the manufacturer. This in no way prevents the risk of hacking nor addresses security concerns regarding transferring highly private data to the partner’s mobile. Users should at least not keep the data on their mobile phone for too long and quickly transfer it to a secure offline storage device.

If you want to find out more, visit the manufacturer’s website.