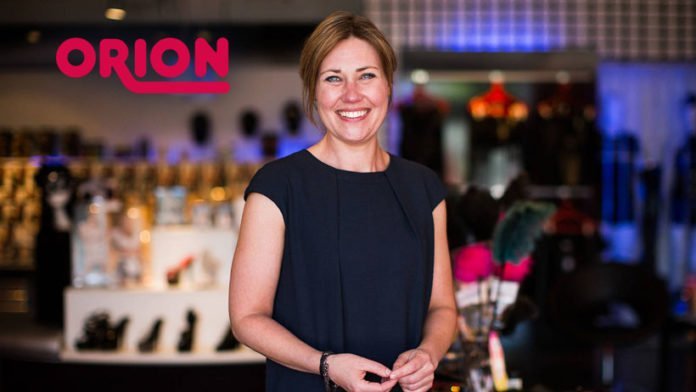 While the remaining parts of Beate Uhse AG had to file for bankruptcy again and the Internet business was sold to the Dutch distributor EDC, part of the former owner family is still in the adult business. Today it operates, among other things, Orion Versand, which was spun off from the parent company in 1981.

Since 2014, Orion has once again been headed by a woman, Maike Rotermund (43). She is the boss of Orion Versand and Orion Wholesale.

Rotermund did not initially want to enter the family business and, after studying in Great Britain, specialized in the field of financial auditing. In 2004 things turned out differently than planned.

Rotermund believes that she has advantages rather than disadvantages from her being a woman. Women get a better chance of being perceived without bias. »When women do this, they are seen as open-minded and modern, which gives them more freedom. Men, on the other hand, are quickly accused of sexism. I think it’s easier for women to do this job.«

Sex education has always been part of business

However, the family’s history was not always an easy one. One of the reasons for Beate Uhse and Orion splitting up was a family feud concerning succession and inheritance. In 1981, Beate Uhse split her company between her sons. The once closely entangled parts of the company suddenly became competitors. Rotermund remembers this time as very difficult. She herself had not really got to know her grandmother Beate Uhse and the disputes between the brothers made the family business a difficult one. »You have to think of it as the Adidas story: You live in the same town and overnight you have two companies fighting each other to death.«

In the meantime, this family wound has apparently been healed. At least for Maike Rotermund, it is now possible to fully acknowledge the enormous life achievement of her step-grandmother. »What she has accomplished, I actually understood only much later. I admire immensely how much energy she brought in, the fighting she had to endure and what actually moved her. She really did a lot to educate people.«

Rotermund is proud of the group of companies and its corporate culture. »We actually laugh a lot at Orion, we spend a lot of time here, and everyone should feel comfortable and enjoy their work. This is part of our corporate culture: tolerance, fun and curiosity at work and in relation to our products.«

From her famous ancestor, Rotermund has a liberal, progressive attitude and a certain humility towards the wide diversity of human sexuality. In the interview, she is very conscious of the challenges facing children and young people growing up in the digital age. Their sexuality is constantly bombarded through multimedia and has a different frame of reference than previous generations. Rotermund says: »Sexuality is so exciting and multi-layered, we learn more every day. You must never make the mistake of taking yourself as the only standard.«

The Orion boss also sees her industry in a state of radical change due to changes in society. MeToo and more open debates about sexuality create completely new environments for adult companies. She mainly sees this development as an opportunity for her company: »I now consider it to be an important trend that the individual’s self-determination is also growing when it comes to eroticism and sexuality. This means that the individual finds out for himself or herself where he or she feels good in this multitude of possibilities.«

Social media as a substitute for catalogs

Despite the new openness in society, it is still important today to educate people about sex, said Rotermund: »We have long assumed that it is no longer necessary to educate people today because there are so many ways to get information. Nevertheless, these questions are actually asked, so our co-workers answer these questions on social media.« Therefore, according to the entrepreneur, Orion uses its Instagram account like Beate Uhse used her catalog for educational campaigns.

In other words, Orion is headed by a woman fully in the tradition of her family who also seems to be well equipped for the future.

You can find the interview in full text here. You can reach the website of the Orion Group via this link.