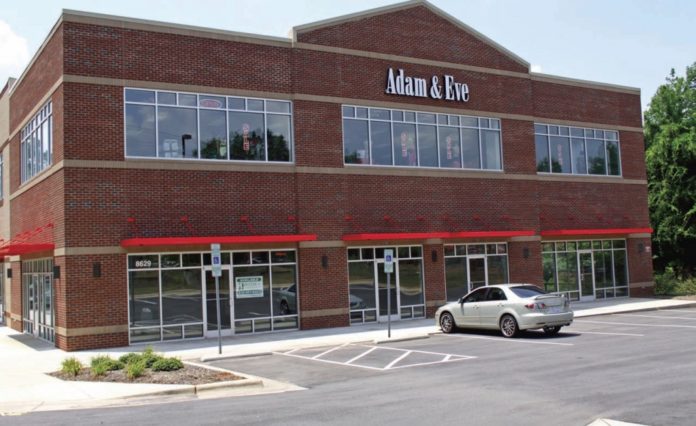 The adult retail chain Adam & Eve, the core business of PHE Inc., a leading player in America’s adult business, announced steady growth and the biggest revenue in its history for 2017.

Adam & Eve’s roots go back to 1970 when  Tim Black and Phil Harvey started a small shop in Chapel Hill. In their first store, the partners sold contraceptives and lubricants. After a while, Black and Harvey expanded their business into mail order catalogs. That meant a breakthrough for the company as back then nobody sold condoms via mail. While it was forbidden in some states to sell contraceptives through mail order catalogs, the law was not enforced and the company could prosper. Next to financing its own growth, two non-profits were founded: DKT International and Population Services International. In 2004 the company started a franchise business and is now one of the biggest adult chains in the US and an important backer of the industry group Free Speech Coalition (FSC).

Chad Davis, Director of Marketing said: »We’ve expanded our store franchise division as well, with over 70 Adam & Eve Stores coast to coast, and we saw the results of building and spreading the Adam & Eve brand in every way we can. In addition we maintained our operational efficiency while managing to serve our customers with same day shipping and 24/7 customer service through various channels including social media, site chat, and email.«

All in all, according to Davis, Adam & Eve made record sales in 2017 while also increasing the profitability of the business. That would make it the third year of growth in a row for the retail section of PHE. Aside from the stores Adam & Eve also operates the online boutique AdamEve.com shipping more than 2 million packages in 2017.

If you want to know more go to AdamEve.com