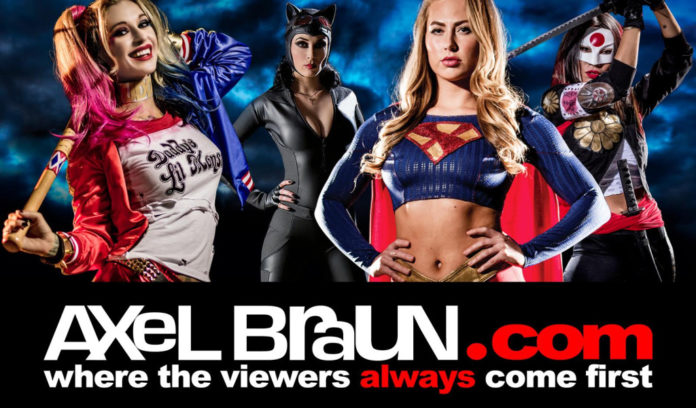 LOS ANGELES—Four-time AVN Director of the Year and Wicked Pictures contract director Axel Braun is launching his official online store today. The new store, located at AxelBraun.com, will serve up a complete catalogue of every movie directed by Braun over his 27-year career, each available to watch, stream, download or purchase in DVD format.

“I am absolutely thrilled to finally launch a comprehensive one-stop shop where people can find all my products,” said Braun. “Some of these movies are hard to get, and fans can now experience the convenience of a high-quality portal where they can view them at the resolution they were filmed in, and without risking exposure to malware.”

“It was a great honor when Axel reached out to us for his store. He is one of our favorite directors and his titles sell like crazy on AdultEmpire.com. We look forward to seeing what Axel has coming next!” commented Daniel Chura, director of affiliates at AdultEmpireCash.com.

A Live Sex section redirects to AxelBraunCams.com, which offers viewers free access to hundreds of adult stars and cam models via interactive video chat. Through its state-of-the-art technology, the site offers fans the ability to connect with adult entertainers and models from around the world.