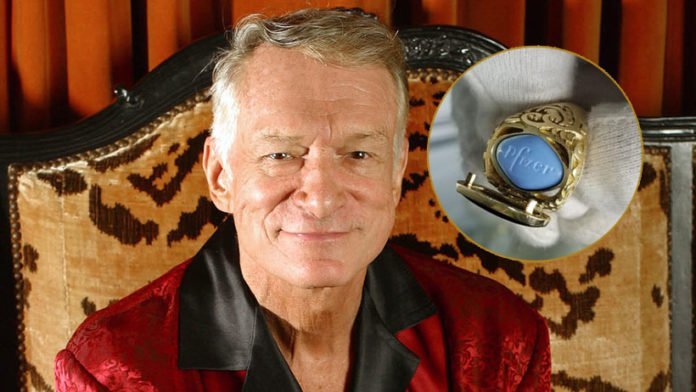 At the auction of objects from the estate of Playboy founder Hugh Hefner, a previously unknown ring with a secret chamber was auctioned off. Content and purpose? To supply the eternal Playboy with the magic of the blue pills from the Pfizer Group.

The auction of objects from Hugh Hefner’s estate at Julien’s Auctions was successful. Among other things, a special ring came on the auction block and is now bringing joy to a new owner. The ring of the sex mogul, who died a year ago at the age of 91, fetched 22,400 dollars. In a hidden case of the ring, an omission was concealed that was exactly matched to the dimensions of a Viagra pill.

The object, which had not been publicly advertised before, was promoted during the auction on Twitter by Hefner’s widow Crystal. The ring is made of 14-carat gold. Before the special use of the ring became known, the ring had been estimated at only 600 to 800 dollars. The sale is therefore one of the surprises of the large auction. More than 800 objects from the Playboy founder’s possession came under the hammer. Among them were some of the famous tuxedo jackets, slippers, a pipe and a Monopoly game custom made for the publishing legend.

The proceeds of the auction go to the Hugh M. Hefner Foundation. The non-profit organization is committed to civil rights and liberal values.