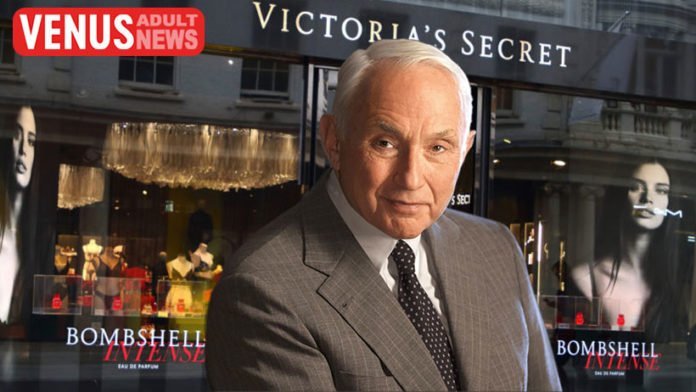 The struggling lingerie company Victoria’s Secret does not get any rest. After several years of declining sales, the company was caught up in the sex ring affair around Jeffrey Epstein through its owner, billionaire Leslie Wexner. Wexner now divested himself of his stake in the company. The buyers, the private equity firm Sycamore Partners, has a lot of work cut out for them. Can the once-glamorous company get back on track?

After the resignation of Leslie Wexner, the founder of the retail company L Brands, to which Victoria’s Secret and the chain Bath & Body Works belong, a first signal was sent that the current PR crisis due to the sex scandal surrounding Jeffrey Epstein only intensified the economic misery of the lingerie subsidiary and could not remain without consequences.

Wexner had not only taken years of advice from Jeffrey Epstein, but apparently had the majority of his assets managed by the convicted sex offender and alleged leader of a pedophile ring, Jeffrey Epstein. Epstein also had an influence on the heart of his empire, the lingerie company Victoria’s Secret. He is said to have lured some of his victims into his circle with the prospect of model jobs at Victoria’s Secret and then abused them, sometimes for years, and forced them to have sex with his wealthy friends.

Why the multi-billionaire and company founder Wexner gave the dubious Mr. Epstein such important roles has remained unanswered to this day. After Epstein’s suicide, however, it became clear that other executives at Victoria’s Secret had also abused their position in the company to lure and mislead women.

The 82-year-old company founder Wexner came under more and more fire. Until a few years ago, the former owner of brands such as Abercrombie & Fitch and Henri Brendel was considered one of the extremely successful co-inventors of the shopping mall concept that shaped US retail culture for decades. In the end, it was not only in the selection of his corporate brands that luck seemed to run out. There are also many question marks over his friends and business dealings.

With the resignation of Wexner, who has kept his relationship with Epstein under wraps to this day, the already crisis-ridden structure of the two-brand-company residing over Victoria’s Secret and Bath & Body Works was in free fall. In a second step, L Brands is now completely separating itself from the 55% share in Victoria’s Secret. For a mere 525 million dollars, the majority of the legendary company will go to the investment company Sycamore Partners. But instead of calming the stock market and stabilizing L Brands, analysts seem worried about the low selling price and advise against buying shares of the company.

Act of liberation? Or an act of desperation? L Brands has huge debts

Randal J. Konik is a retail analyst. In an interview with The Wall Street Journal, he says: »A partial sale and this low price won’t help the company’s massive debt load and shows just how desperate LB has become to try to unload VS.«

Following Wexner’s resignation, L Brands will be led by the former COO of Bath & Body Works, the far more profitable chain of the retail holding company. His job is to restore order and profitability to the rest of the company. Given the 5.5 billion in debt weighing on the group, this will not be an easy task. Although the debt stems mainly from the demise of Victoria’s Secret, this amount is likely to be difficult to pay off even without the money-losing lingerie company.

Whatever the former owners of Victoria’s Secret are facing as a task, the buyers of the underwear company are likely to encounter far greater problems. The former billion-dollar company has become a problematic case in times of the #metoo-movement and growing feminist movements worldwide.

And these problems are not only related to the Epstein connection and allegations of abuse against former managers – but they also affect the core product: women’s bodies wrapped like candy with standard Barbie measurements 90-60-90. In the ’80s and ’90s, the company’s annual fashion shows were hot rating hits and some of the supermodels became superstars and role models for many. Today, however, the company’s expensive, often sexually exaggerated products are difficult to reconcile with modern images of women.

Adding salt to the wound was the fact that the market leader hardly cared about the changes in the zeitgeist. Cheaper and ultimately also hipper competitors such as Lively and ThirdLove were able to penetrate the market with contemporary messaging, cheeky marketing and more popular designs and caused the high margins of Victoria’s Secret to collapse.

Can the new management save the formerly sexy company? This would probably require drastic corrections in the product line, in marketing and also in the corporate culture.