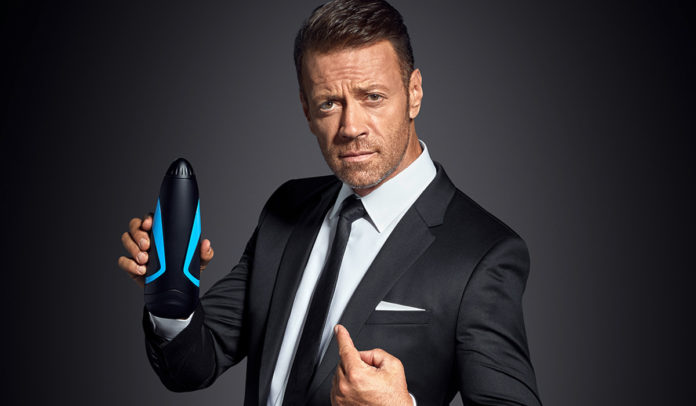 Eis.de, the German-based sex toy company behind the Satisfyer published its advertising plan for 2018. The retailer and manufacturer’s ambitious strategy makes it clear that they have their eyes set on global brand awareness. The company will roll out a worldwide advertising campaign worth more than $100 million.

As it turns out this was just the beginning. The blockbuster sex toy »Satisfyer« produced by German sex toy retailer Eis.de will be the focus of a worldwide advertising campaign with an eye-popping budget of more than $100 million.

Jerome Bensimon, VP of Sales at Satisfyer said: »Satisfyer is taking the lead in sexual wellness by attempting to educate and communicate directly with over 60 million of its consumers each month.«

To start off the unprecedented advertising campaign there will be spreads in women’s magazines. »In Elle Magazine’s December issue, Satisfyer printed eight pages of educational material. Advertising will also include online campaigns on Elle.com. Satisfyer is breaking a rule that has forbidden adult toys to advertise in women’s mainstream magazine worldwide with sex toys. Satisfyer will reach, just this month, over 25 million of American Elle readers.«

Bensimon made it clear that the US will be a strong focus: »As we strongly believe in consistency, we’ve decided to extend our massive investment and partnership with [U.S.] Elle for the year of 2018 and will be present every single month alternatively with ads and education on the print issue and online.«

The cooperation won’t be limited to Elle though. »Starting in January, we will ensure brand-building, ad recognition, as well as increasing selling out rates for all our retailers. With the same strong building and investing in future spirit, we are really proud to announce, that we’ve just signed a similar agreement with [U.S.] Cosmopolitan, adding over 35 million of consumers monthly, taking an active role in educating on sexual wellness and promoting our brand.«

Next to print media Satisfyer is also working on a TV Sport. Bensimon added: »We are also working on a worldwide campaign in cooperation with Europe’s most prestigious and awarded advertising agency, Jung von Matt (Mercedes Benz, Audi, Vodafone, Angela Merkel, Sixt rental car etc.). Shooting started already early in November in the U.K., but the world premiere will be released at end of January in 2018.«

This ambitious strategy will make Satisfyer one of the most advertised brands in 2018. It remains to be seen if the aggressive approach will translate into sustainable profits.