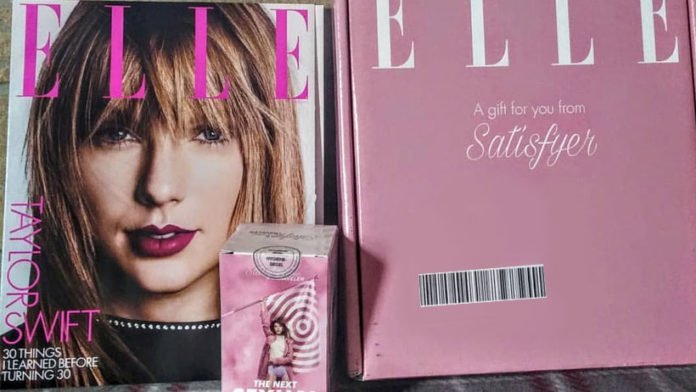 One of the best-known brands in the market for women’s magazines has entered into a direct sales cooperation with the sextoy manufacturer Satisfyer. A lucrative business for both sides and at the same time further proof of the importance of the magazine business for the industry.

Women’s and lifestyle magazines are known to be among the best mainstream marketing channels for sex toy manufacturers. We have already reported on the effect of reviews, especially in online marketing.

Now Satisfyer and the Hearst Group’s US version of Elle magazine have announced a direct sales cooperation. Subscribers have received an offer to receive Satisfyer Pro Traveler for $39.95 with the April issue. The cover currently features the singer Taylor Swift, who is particularly influential among young women in the USA.

A representative of Satisfyer says about the cooperation with the magazine: »Those who jumped on the invitation received a Satisfyer Pro Traveler, priced at $39.95, in a tailor-made pink box. The product reads, ‘The Next Sexual Revolution. This unique experience is a novel concept for the receivers of the subscription box and for the givers, Elle and Satisfyer. The first feedback confirmed that this operation was incredibly successful.«

More information can be found on Satisfyer’s US site.