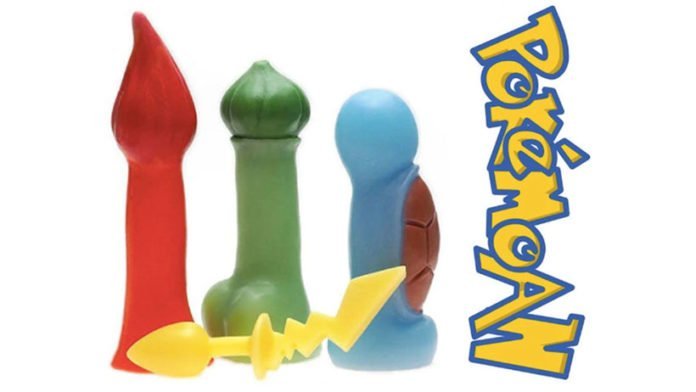 The sextoy manufacturer Geeky Sex Toys has specialized in dedicating sextoy collections to comic series and pop culture phenomena. In addition to a range of toys inspired by Marvel’s Avengers, the company also offers four sex toys inspired by Pokémon characters. Maybe a good opportunity for a POS campaign during the run of the Pokémon film Pokémon Detective Pikachu?

While the hype surrounding the mobile game Pokémon Go has long since vanished, tens of millions of people are still playing the former trend-game. But the previous game versions, the card game and the TV series of the same name are also still gaining more and more fans for the little Japanese anime beasts.

Pokémon hype and no end in sight

Pokémon Detective Pikachu, a movie that has just been released to the cinemas, brings hundreds of characters to life, known to fans from childhood onwards as computer-generated, spectacular mini-monsters within a real world with real people.

On the game console too, the Pokémon universe is set to appeal to new fans. The Nintendo Switch, very popular with children and teenagers, will soon see the release of the much-anticipated game Pokemon Sword & Shield. So there are many reasons why the colorful insect-like creatures won’t be forgotten anytime soon.

In addition to Pokémon and Avengers, the Star Wars franchise has also had the dubious pleasure of being featured with its own collection by Geeky Sex Toys. The brand owners are unlikely to be pleased by the whole thing, especially the Disney group, which also owns Marvel and Star Wars. The media behemoth is not known to take it lightly when it comes to infringing intellectual property rights.

So far, however, Geeky Sex Toys has been able to carry on. Good lawyers or just luck? For some customers, the Pokémon sex toys could be a good takeaway. Since Pokémon has enjoyed great popularity for decades, some retailers should maybe think about adding the eye-catchers to their product range.

Further information about the collection and the manufacturer can be found here.