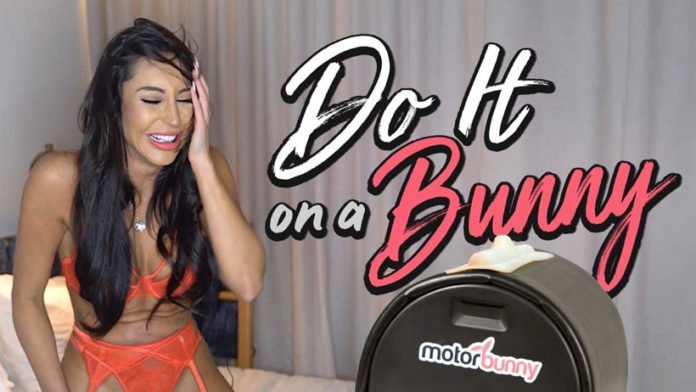 The clever series »Do It On a Bunny« creatively builds on a concept that features women trying to engage in an activity while being sexually stimulated in a way that is invisible for viewers.

Motorbunny has copied the concept for its ingenious marketing campaign. Often the actors and celebrities have to perform different activities while sitting on the Motorbunny and heading for an orgasm. The scenarios differ and are sometimes very funny parodies of popular non-sexual formats.

The new episode, on the other hand, puts the idea into practice in a straightforward way. Christiana Cinn welcomes the audience already sitting on the Motorbunny. In »Do It On a Bunny: Ask Me Anything Edition« the performer answers questions that fans have sent her while sitting on the device and experiencing a fierce orgasm. More than 10,000 people have already watched the video.

Motorbunny thus avoids one of the biggest problems in advertising sex toys. Sex toy marketing tends to be either clinically well-behaved, too unspecific or too explicit and then no longer being able to be used extensively in the mainstream. With this concept, Motorbunny can impressively demonstrate the effects of its device without having to be too explicit or too drastic. (Attention, the clip starts out loud).

Further information about the manufacturer can be found here.