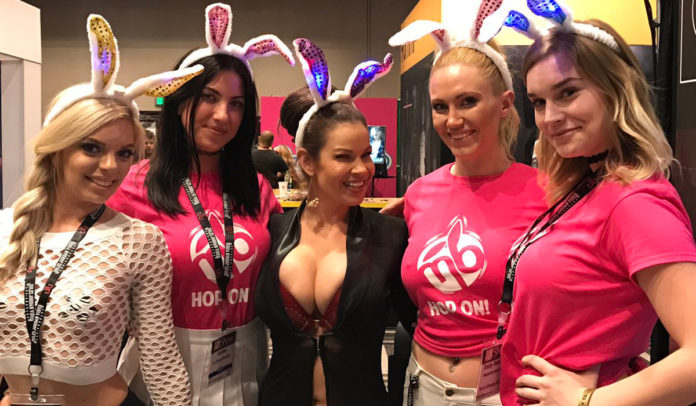 The company behind the popular Motorbunny, a product similar to the legendary Sybian, reported an increased attention and growth in 2017.

Motorbunny, an exhibitor at last years Venus Berlin, got a lot of press coverage last year for its Motorbunny sex toy – a less expensive but apparently equally effective alternative for the Sybian.

Craig Mewbourne, CMO of Motorbunny said: »It’s been an incredible sophomore year for Motorbunny with the organic media coverage we had and increased sales. We’ve seen a marked rise across all segments while our media presence grew exponentially. We are very grateful to all our customers, team members and partners for this great success.«

He added: »Fueled by media coverage and a marketing campaign that included 75 news articles, scores of media interviews, YouTube videos and more, Motorbunny had a record year which is paving the way for new developments in 2018.«

The company was able to profit from massive media attention. One of the most influential magazines for lifestyle and sex toy products in the world, Cosmopolitan, wrote about the product: »The Motorbunny is a rideable sex toy that promises to be one of the most powerful experiences you’ll ever have. The kit includes the rub-only, small, medium and large attachments to use.«

Many new features helped to keep the product in the headlines, among them the Bluetooth Motorbunny Link controller for partner control.

Next to the press coverage and increased visibility especially the trade shows Sex Expo in Brooklyn and Venus in Berlin were a huge success according to the company.