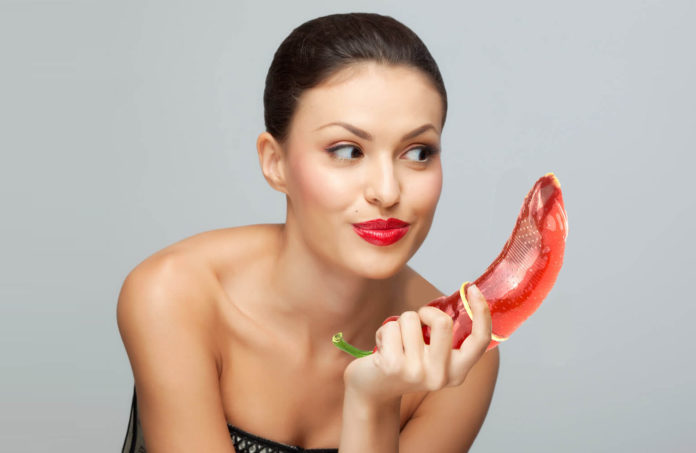 One of the biggest condom makers in the world, the Malaysian company Karex developed a condom that tastes like the favorite dish of the country: a spicy chili rich rice-based recipe called nasi lemak.

The Malaysian based condom maker Karex was always quite inventive when it comes to offering a wide array of flavors. Their condoms come with aromas from grape to the pungent tropical fruit durian.

The newest product is a first though. The condom is inspired by nasi lemak – oftentimes translated as ‘fatty rice’ and flavored with a lot of chilies. The condom smells slightly of coconut. To heighten the senses and increase the chili-atmosphere it is also coated with a warming lubricant. Nasi lemak originated as cheap breakfast but became the all-time favorite of Malaysia.

It consists of rice cooked with coconut milk. Additionally, anchovies, boiled eggs, roasted peanuts, sliced cucumbers and a threatening amount of chili sauce find its way into the savory meal.

Goh Miah Kiah, CEO at Karex gave an interview to the AFP and said: »We Malaysians are divided across our political ideas, religion, and race. I felt one question that unites us all is  the question: Where’s the best nasi lemak place you’ve been?«

Testing went a long way at Karex. It took half a year to come up with a condom that deserved the name »nasi lemak«. The condom will first be produced in a limited-edition. Karex will offer its tasty product within the ONE condom line. Next to ONE Karex also produces the successful Carex line.

Karex CEO works against the idea that the unusually flavored condoms are just a cheap marketing ploy to grab headlines. Though it seems to be working quite well Goh insists that the new product is mainly about encouraging condom use in Malaysia, where Muslims are the majority. »For me, it’s about public health, and I want to get the message across to people.«

The religious attitudes against condom use are still widespread in Malaysia and many people still believe that promoting contraceptives such as condoms lead to pre-marital sex and the destruction of morals. The influential Islamist party is strongly against any sex outside of marriage. One member of the party keeps calling for corporal punishment for couples that get caught having sex without being married.

Nevertheless, Karex stays optimistic about its newest addition to its product line. The »nasi lemak« condoms are clearly aimed at the local Malaysian market but products of the company are offered globally. Karex produces five billion condoms annually, enough to cover every penis on earth. Maybe other countries embrace a little hot chili between the sheets?