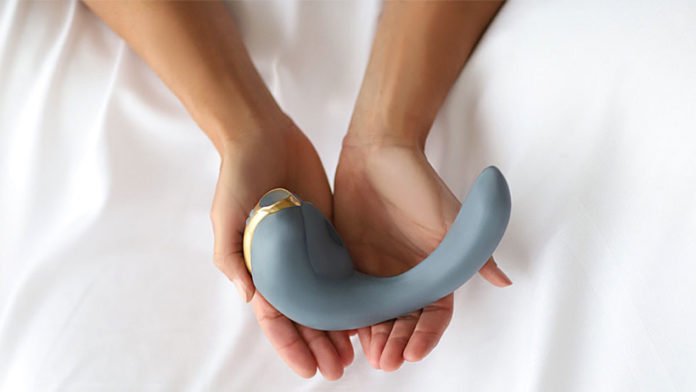 Lora DiCarlo, a sextoy startup that recently made the headlines, has been granted a $100,000 grant to develop its hands-free oral sex simulator Osé.

Lora DiCarlo, a sextoy startup founded by Lora Haddock in 2017, already holds eight robotics patents that are used in the highly acclaimed Osé Personal Massager. According to the manufacturer, the device stimulates both the clitoris and the G-spot, works hands-free and imitates the touch of the mouth, tongue and fingers.

At this year’s CES, the product was supposed to be awarded in the Robotics & Drones category. For unknown reasons, however, the decision was revised before the award ceremony, as the Tech Fair considered a sextoy to be unworthy of the award. A more than embarrassing process, as sex toys for men had already been awarded several times before, but the startup was able to profit from the worldwide press on the process and secured a lot of industry recognition and attention.

Hardly two months later the next success. The US state of Oregon awarded Lora DiCarlo about 100,000 dollars to bring the Osé to the market.

Patents in the growth area of robotics were the decisive factor

The outstanding technology and the potential for growth seemed to have been the decisive factors, as Oregon has not yet provided any company in the industry with subsidies. The PR manager of the government’s Business Oregon funding program commented on the decision: »The program we used fills a critical capital gap for Oregon startups, working with companies to develop and launch new technologies without diluting equity. Lora DiCarlo exhibited some really innovative engineering, solid research, and market potential. The company’s strong program application and its R&D history with Oregon State University signal Lora DiCarlo has a great runway in front of them. We’re happy to work with this Oregon startup, which is already driving towards commercialization and creating jobs in Oregon.«

More and more startups in sexual health and wellness are founded by women. With Lora DiCarlo, Lora Haddock joins the now well-connected circle of women in sex tech. What these companies all have in common is that they continue to fight against the stigmatization of female sexuality and promote sexual health education. Haddock says: »The State of Oregon’s recognition is significant because it acknowledges the mainstream acceptance of sexual pleasure devices and the economic potential of female entrepreneurs, like myself.«

Further information about Lora DiCarlo can be found here.