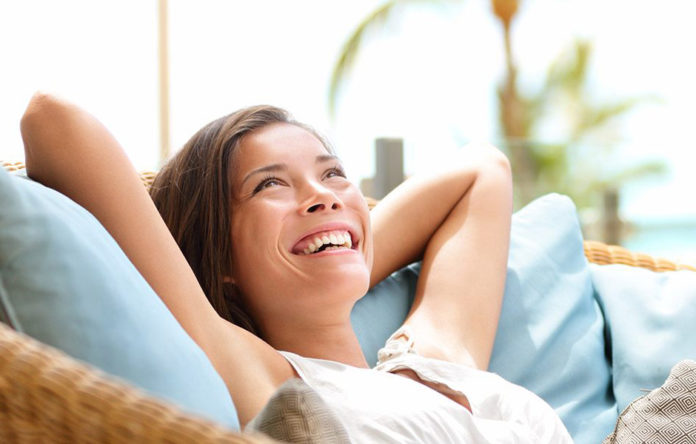 With the onset of menopause, a decrease in the production of hormones causes vaginal tissue to get thinner and drier. Vaginal muscles can also atrophy, leading to painful sex ― a problem for half of all menopausal and post-menopausal women, according to the National Institutes of Health. But the solution might be as simple as a vibrating piece of silicon.

Vibrators that are used internally stimulate pelvic blood flow, which increases vaginal moisture and boosts sexual response, all of which makes sex (with or without a partner) better. Like any muscle, the vagina is best kept healthy with regular exercise — it’s the “use it or lose it” thing. Deterioration of this muscle becomes more common as middle-age or older women find themselves in situations where they aren’t sexually active anymore ― single, divorced, widowed or just not having regular sex with partners.

While a few patients might have blushed through the years, all of them have been willing to take it for a spin, DePree told HuffPost. She explains that vibrators that stimulate just the clitoris might be fun, but for intercourse with a partner to resume pain-free, there must be pelvic floor activity.

DePree draws this analogy: “When your vision started to fail, you didn’t give up reading. You went out and bought yourself a pair of readers. Same thing is true about sex.”

Having vibrators to road test in the safety of a doctor’s office also seems to be a boon. Not every woman feels comfortable going into a sex toy shop for the purchase. Online, the choices are mind-boggling. There are hundreds to choose form, and they can range in price from under $10 to the super-deluxe MotorBunny for $900 and the even higher priced Sybian.

Dr. Mary Jane Minkin, a Yale University obstetrician and gynecologist, brought vibrators out from under the bed a few years ago when she began prescribing them to Yale Cancer Clinic’s cancer patients, who often struggle with early menopause and need to combat its side effects. The vibrators increased her patients’ blood flow, and yes, improved their sex lives.

While the American Congress of Obstetricians and Gynecologists, the primary professional organization for ob-gyns, doesn’t have an official policy on using vibrators to treat menopause and post-menopausal symptoms, a spokeswoman from the group told HuffPost that the organization doesn’t really take issue with it.

Hormone replacement therapy is controversial, but still on the table. Its use to treat symptoms of menopause changed abruptly after a large clinical trial in the U.K. found that the treatment actually posed more health risks, like breast cancer, than benefits for one type of hormone therapy.

But further review of clinical trials and new evidence show that hormone therapy may be a good choice for certain women, depending on their risk factors. Low-dose vaginal preparations of estrogen — which come in cream, tablet or ring form ― can effectively treat vaginal symptoms and some urinary symptoms, while minimizing absorption into the body, says the Mayo Clinic.

There are also vaginal lasers, a relatively new FDA-approved treatment, that work by stimulating collagen production along vaginal walls, helping to build up the tissue again. The MonaLisa Touch and similar laser processes require three treatments (spaced a month apart) and cost about $3,000 that likely won’t be covered by your insurance.

On the plus side, there have been 18 studies that speak to the MonaLisa Touch’s efficacy, all largely positive. One Stanford university study of 30 women found that all of them responded positively to the treatment. They showed “highly statistically significant improvement” in symptoms —including dryness, pain, itching, painful urination and painful intercourse — after the first treatment.

The North American Menopause Society gives the process a resounding “maybe.” It notes that the FDA approval process for devices is less strenuous than the one for new drugs, and these products haven’t survived the test of time ― yet. Meaning: They haven’t been around long enough to know the longer-term results.

The procedure itself doesn’t hurt, but does require an annual maintenance treatment. You also shouldn’t have laser therapy until you’ve had a Pap test and a thorough exam by your doctor to ensure that there are no other medical issues such as fibroids causing the pain.

Options are a good thing, right?”