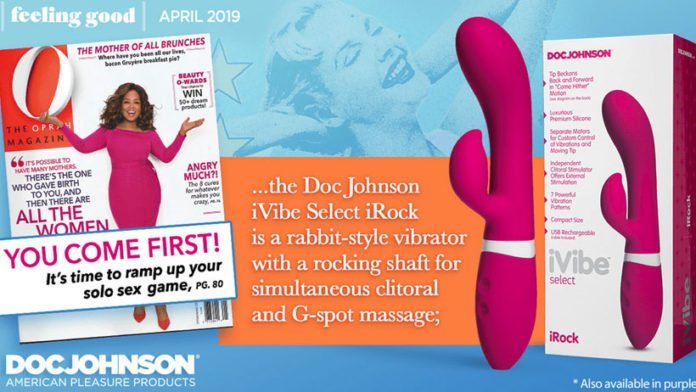 No one in the US media landscape could be more of a popular saint than Oprah Winfrey. The star is often seen as a desirable candidate for the Democratic presidential candidacy and has been the highest earning entertainer in the world for decades. What Oprah Winfrey recommends becomes a success. No matter if products, people or books by authors like Eckhart Tolle, millions in sales are guaranteed, her recommendation extremely sought.

Among her media brands is the magazine O – The Oprah Magazine, which belongs to the Hearst Group. With a monthly circulation of over 3 million copies, it is one of the most successful new magazine start-ups since the beginning of digitization.

Cheryl Hanslip is head of product development at Doc Johnson. She says: »This type of media exposure is indicative of the continuous demand for the latest in sex toys innovations to explore and embrace one’s pleasure. A big thank-you to ‘Oprah Magazine’ for featuring Doc Johnson in its latest issue!«