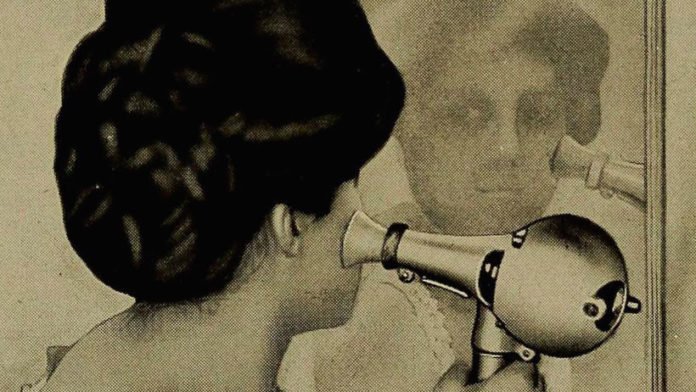 Sextoy producer Crave has launched a video that retells the story of female lust. It is a partly shocking, partly amusing cultural history that takes us from ancient Greece to the present day.

The US company Crave, whose products are currently not available in Europe, is making a passionate contribution to current feminist debates. The company’s promotional film tells the history of female lust and makes no secret of the fact that for most of human history this was a story of oppression.

Politically engaged companies in the USA

Crave thus joins the ranks of several companies that have recently taken up political positions. Last week, the sextoy manufacturer Dame, among others, placed an ad in the New York Times to protest against the anti-abortion policy of the Trump government. Even large corporations such as Disney and other Hollywood studios have announced that they will no longer invest in states that make abortion more difficult or undermine the right to self-determination. Businesses are thus positioning themselves very strongly and clearly in the socially progressive corner.

Crave is meddling in politics

Referring to the anti-abortion laws enacted in Georgia, Alabama, and Ohio, Chang says: »Taking a look at the latest headlines, it’s pretty clear that this little video we sought out to make turned out to be more relevant and important than we ever thought it would be.«

A Cultural History of the Oppression of Women

The narrative arc of the video actually draws a depressing picture. Even the Greeks regarded women and their lust as inferior. The vagina was thought to be a stunted penis. In Christianity, the sexuality of women was constantly denied and hushed up, and in the particularly dark years of witch-hunts, it became a misogynous instrument of social reprimand and some private revenge. The centuries-long practices of genital mutilation among women in African tribes, which reach to the present day, are addressed as well as the 19th-century Western concept of »hysteria« as a disease description for sexually frustrated women.

Commenting on the film’s objectives, the company says: »We have a vision for the world where everybody is empowered to own their pleasure. And that vision cannot possibly come to pass in a world where half the population has its bodily autonomy challenged and threatened. Having real conversations about female pleasure might seem like a lofty goal in an environment as wrought as the one we find ourselves in today. We think it’s essential, and that is why we made this video.«

Below the surface: Little change?

Crave adds: »While the tactics are different, it’s clear that not much has changed. This is more than just a history lesson, this is a rallying cry. Your pleasure doesn’t belong to anyone but you – own it.«

The film can be found on the company’s Facebook profile. From Europe, it is unfortunately not possible to visit Crave’s website. Europeans will only find an upstream page that refers to Amazon. A missed chance, as the video could have interested one or the other European dealer in Crave’s products.