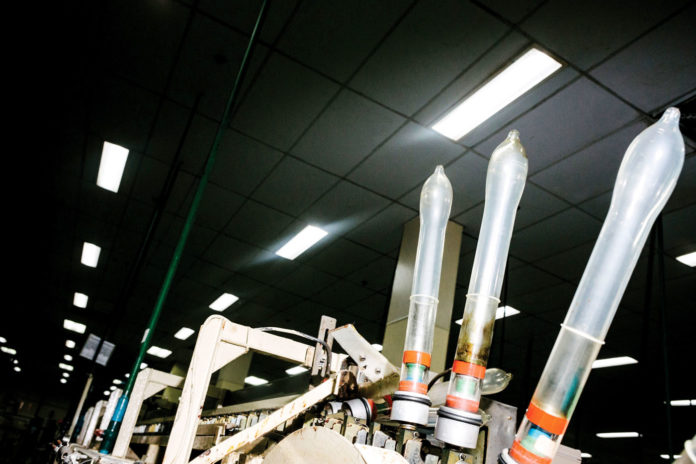 ABC.NET.AU reports: »One of the great and enduring success stories of Australian manufacturing, the Ansell condom business, has been sold to Chinese interests for $800 million.

The sale has been in the pipeline for some months and represents a result towards the upper end of the spread of analyst expectations of between $500 million to $1 billion.

The buyers are a consortium of China’s Humanwell Healthcare and the giant conglomerate CITIC.

Ansell’s sale of its Sexual Wellness division, which includes all of its condom, lubricant and devices businesses and manufacturing sites, closes a chapter on Australian manufacturing dating back to the Great Depression.

Ansell traces its roots back to an aspiring entrepreneur Eric Norman Ansell, who stuck out on his own in 1929 having gained experience at the old Dunlop Company of Australasia.

The business was acquired by Mr Ansell’s old employers, Dunlop Australia, in 1969.

It was eventually spun out of the heavily indebted Pacific Dunlop in 2001 as a standalone specialist manufacturer and retailer of rubber products with a global reach.

Ansell said the net proceeds after tax of $700 million will be used in part to buy back 10 per cent of the company’s shares on issue.

In a statement to the ASX, Ansell said the sale represents a successful conclusion of the portfolio review it commenced last year, allowing the business to concentrate on its core activity of selling to medical and industrial end markets.

Mr Lamaan said on initial analysis of the sale suggests a 3 per cent earnings per share (EPS) boost from divestment of the business and deployment of the buyback.

However, that could rise to 20 per cent EPS growth “should the company follow through with its stated intention for pursuing ‘value accretive merger and acquisition(s) that can generate attractive returns’,” Mr Lamaan told clients in a research note.

Investors welcomed the deal with Ansell shares surging 4 per cent to $25.09 at midday (AEST).«