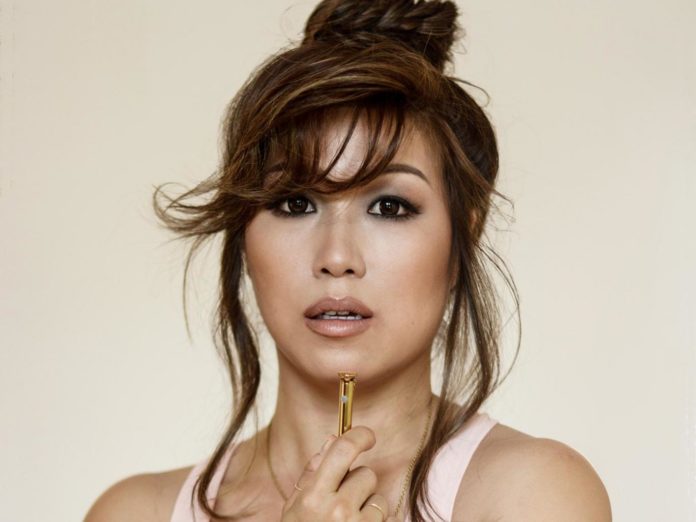 Leaving behind taboos, the latest sex toys are designed to help women overcome sexual barriers and are too sophisticated to be hidden away in the bedside table.

In its 2017 trend report, the JWT intelligence agency hailed the rise of pelvic floor muscle exercises, vulvar skincare, and g-spot stimulators as a sign that it will be the year of the “vagina-nomics”.

Kelly Shibari, the CEO of Berman Innovations based in the US, is among the women leading the charge. Her firm invented the ejaculating PopDildo, designed to help same-sex couples and women with fertility problems.

Shibari – who has gained a wealth of experience from her family’s women’s reproductive health business – dreamed up the PopDildo when she and her wife decided to have a baby.

Knowing her wife would carry their child, and being confronted with a cold, clinical doctors appointment or frankly startling prospect of using a turkey baster or syringe to conceive their child, Shibari set about creating a more intimate alternative.

“As you can imagine, both of those options didn’t seem all that enticing,” she told The Independent. “However, that’s what was available to us, so that’s where we started.” Her wife got pregnant after two attempts.

“I was stunned, shocked, overwhelmed, and honestly speechless. That was a huge moment for me, personally as well as professionally. It was at that moment I knew I had created something that actually worked, and could potentially help so many people.”

But just like sex, sex toys aren’t just for procreation but for pleasure, too. On the sleeker side of the market is the metallic Vesper that can be work like an elegant pendant.

Its US-based designer Ti Chang is an industrial designer who created hairbrushes, bicycles, and furniture in the past. In 2008, she launched her jewellery and sex toy firm Incoqnito, which joined sex toy firm Crave in 2010.

“Until very recently, sex toys completely lacked the aesthetic and sophistication that allows a woman to feel good about pleasure,” she says.

“Having a large phallic object or some weird rabbit-shaped thing that you constantly have to hide is not a well-considered product or a good experience – it just further fuels the stigma and shame. Wouldn’t it be great if we didn’t feel shame or stigma around pleasure? My goal is to help create that space through the design of these products to open up conversations about sexuality and pleasure.”

Similarly, Alexandra Fine and Janet Lieberman, the US designers behind the Eva and Fin clitoral stimulators, have degrees in clinical psychology and engingeering, respectively, and want to use their expertise to make the best sex possible. “We design sex toys that are oriented around closing the pleasure gap,” adding that they are spurred by evidence which shows women are four times more likely to say that sex is “not at all pleasurable” compared to men.

All of these women agree that women entering the industry has been an important step in shifting societal attitudes towards. And Chang has a waiting list of product tests who provide feedback and help to develop the toys.

“This industry is a great example of products being marketed for women but not actually designed for them,” she argues. “The industry has been dominated by men, and the products reflect male-centric approaches, such as scantily clad women on packaging, or very anatomical replicas which make the products off-putting and unapproachable.”

Meanwhile, since entering the sex toy industry, Shibari has also noticed women are entering a male-dominated space, and agrees that something is “lost in translation” when men design sex toys.

“I’m not saying all men don’t understand the anatomy of a woman, but who knows a vagina better than the owner of one?  Women designing and creating sex toys for women have a slight edge, so it’s nice to see more women stepping up to create and invent new, cutting-edge toys.”