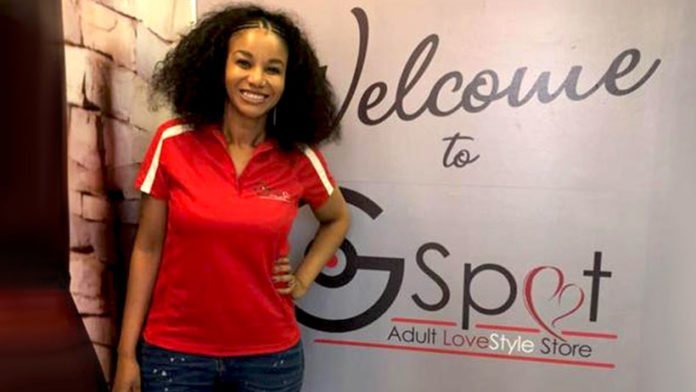 The suburb of Soweto in Johannesburg, South Africa, had neither sex shops nor a public discourse about sexuality. A woman has now set out to change that. With her shop, the G Spot Adult LoveStyle, Mmathabo Ndlovu wants to confront her fellow countrymen with the topics of sexual health and female lust.

South Africa is one of the countries in which repressive sexual ideas cause great social damage. One-fifth of the population is estimated to be infected with HIV, one-third of all schoolgirls carry the virus. Statistically, a woman is raped every 9 minutes. Sexuality is a taboo subject in the public eye and female sexuality is suppressed. In hardly any other place is it so obvious how vital it is to deal openly with sexuality.

It is therefore an exceptionally special event when a sex shop is opened in South Africa, especially if it is run by a woman. The shop is called G Spot Adult LoveStyle, it is located in Soweto and is the first sex shop ever to open its doors in the suburb of Johannesburg with its 1.2 million inhabitants. The woman who dared this is Mmathabo Ndlovu and she is 38 years old. She has a degree in economics and speaks several languages, including German. Her stated objective is to clear up various myths and legends about sexuality and to remove the taboo on sexual health in her country.
Her shop has an inventory that essentially resembles that of sex shops in other countries: lingerie, lubricants, DVDs, sex dolls, sex toys and magazines. At the same time, she also rents out her space for events related to sexuality.

In her opinion, many of her fellow countrymen have completely distorted ideas of what a sex shop is at all. Some people think that you can book strippers or prostitutes in her shop. Nevertheless, Ndlovu is optimistic: “The feedback is basically positive. I think the market was ripe, people wanted something like this, but didn’t know where to find it.” She feels that more and more people are interested in sexual health.

Even older people, who initially enter their shop with the greatest skepticism, would change their attitudes as soon as they learned more about the concept and aims of her store.

She wants to spread the message in the minds of her fellow citizens that it is perfectly okay to deal with one’s own sexuality and desire. In an interview, Ndlovu says, »And that has nothing to do with being dirty or hanging out in dark, sleazy places.«

A country on the move: Prominent comrades-in-arms

The sex shop operator says that a lot is currently in motion. It helped a lot that Lilian Dube, one of South Africa’s most famous actresses, spoke openly about owning sex toys. That’s why Ndlovu thinks more people should dare to talk openly about it and look for information about sexual health themselves.

Ndlovu has expert advice with Patrick Meyer, an employee of the sex shop LuvLand. Without his help it would have become more complicated, she admits. »He helps me all the time. And I’m a competitor, and he still helps me on my way. He does this in his spare time.«

Plans for an Online Shop

For the future, the bustling entrepreneur plans to set up an online shop to increase her radius of impact. The daily experience with customers in the shop helps her immensely. The feedback of the customers goes directly into her work.

Although she sees her primary target group in the townships of the South African metropolis, she wants to achieve a nationwide impact on the long term. Sexual health is still a taboo topic, especially in the rural areas of South Africa. It takes time to change this. And committed pioneers like Mmathabo Ndlovu. »I serve a need that exists. There is a need for what I offer, and I will fight for it.«