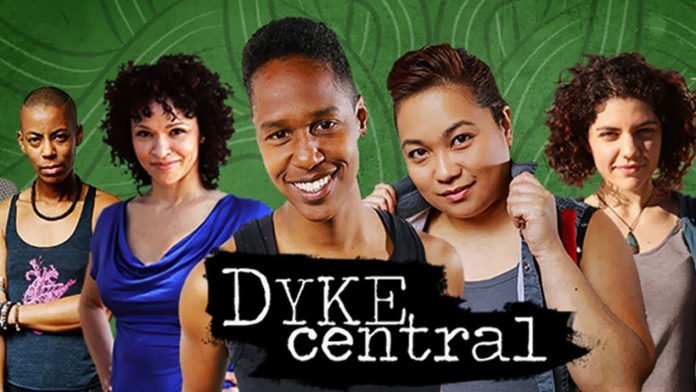 The media-savvy sex shop entrepreneur Nenna Joiner has made her Feelmore Adult Gallery available as a location for the new Amazon Prime series »Dyke Central«.

The new series »Dyke Central«, debuting on Amazon, follows the lives of seven lesbians who live in the American Oakland. Unlike the groundbreaking series »L-Word«, which ran on the US PayTV channel Showtime between 2004 and 2009, »Dyke Central« doesn’t focus on glamour and provocation, but on a more everyday form of lesbian life. Oakland has a reputation in the USA for having a diverse lesbian scene, and this diversity finds expression throughout the series. At the same time, Oakland is the location of the Feelmore Adult Gallery, which was founded by the bustling Nenna Joiner. It seemed a natural fit that one of the scenes would also take place in Nenna Joiner’s LGBTQ-friendly shop.

A shop spokesperson said: »A local filmmaker contacted Nenna about wanting to film a queer episodic at Feelmore. Nenna decided to support their community project because it was a great script which centered on queer lives in Oakland.«

Joiner herself also commented on the series: »It was a unique opportunity I couldn’t pass up. As someone that loves my community, I understand how difficult it can be to find space for a dream. Besides, I also felt Feelmore could go far and not just be central to Oakland.«

Will Feelmore become a chain?

It’s a pretty clear sign that the entrepreneur is still thinking about expanding her business. The shop’s media presence and success to date should further encourage her. Joiner also remembers a time when it was far more difficult for her to sell sex toys: »Feelmore is honored to have been included in such a grassroots piece. As I started Feelmore out the trunk of my car, I know that small wins such as ‘Dyke Central’ for Florencia is what you need to get to the next project. I believe we will see more from them.«

The online presence of the Feelmore Adult Gallery in Oakland can be found here.