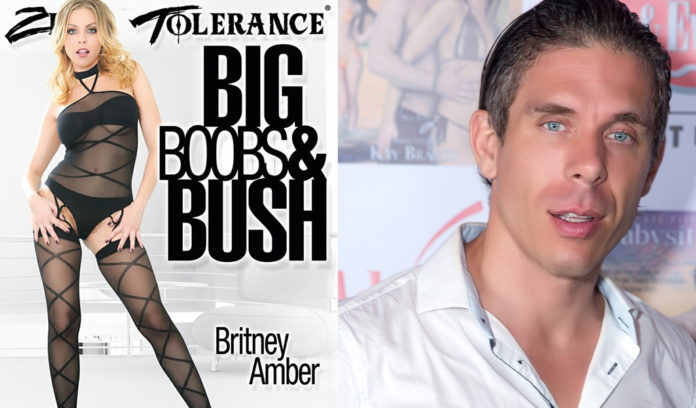 LOS ANGELES—For his new movie releasing this week from Zero Tolerance Entertainment, Mick Blue is tapping into a pair of genres that will be clear from the title: Big Boobs & Bush. And combined together, these two fixations evoke the goddesses from porn’s golden age.

While big tits never go totally out of style, the bush is almost a blast from the past, now that trimmed pubes are the norm. Finding a pretty girl with a bush in the adult industry does take a little looking—but Blue managed to land a lineup of beauties who sport mammaries and muffs.

“I have always loved a woman with large breasts,” Mick said. “There is something that is just so beautiful, so uniquely feminine, and so fun to play with! I also love pubic hair on a girl, too. It used to be normal, and now to see a girl with bush it’s almost like kind of taboo. I just love it!”

Mick has almost 50 nominations between the 2017 AVN Awards and several of them are for directing. Mick Loves Anikka (BAM VIsions), which was directed by Blue with wife Anikka Albrite, received several nods. Three of his movies for Third Degree/Zero Tolerance received major noms as well: Maid in Asia for Best Ethnic Movie; Babysitters POV for Best Gonzo Movie; and Teens in Yoga Pants for Best Ingénue Movie.

The 2017 AVN Awards will be held January 21 at the Hard Rock Hotel in Las Vegas. For more information, go to AVNAwards.avn.com.

For the latest on Blue, who is AVN’s reigning Male Performer of the Year, follow him on Twitter:@mickbluexxx.