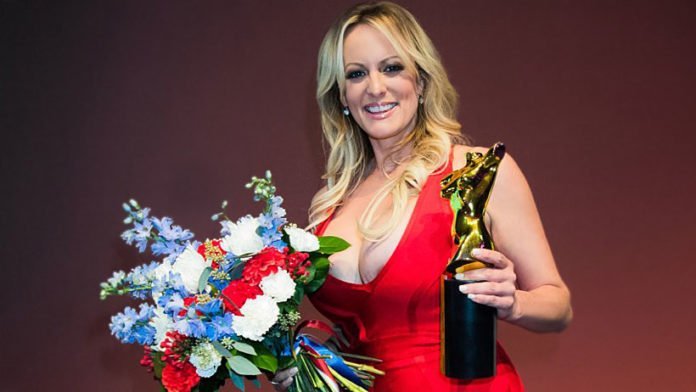 The bustling actress, who has become a global icon due to her alleged affair with Donald J. Trump and who has appeared in numerous mainstream venues such as Saturday Night Live and the Tonight Show, will fulfill herself a dream by appearing in Playboy magazine.

She writes on Instagram that she is more than excited and honored to share the news. »This is such a dream come true for me. Thanks to everyone who made this shoot possible.« Alongside the news, Stormy Daniels also publishes a photo, which could be a preview of what will be in the magazine. The new issue of Playboy will be released in the USA this week.

Stormy Daniels concludes the year with another success after living through turbulent months with highs and lows. Having previously been featured in Penthouse, she signed a deal with the international strip club chain Déjà-Vu, she stormed bestseller lists with her biography »Full Disclosure«, and has been named one of Vanity Fair’s most influential headliners of the year,. But she was also divorced from her husband and has been defeated in court. Her libel suit against Donald J. Trump failed and she was ordered to pay Trump’s legal fees. She fought in public with her media-hungry lawyer Michael Avenatti but announced that she had reconciled herself with the star lawyer.

Our interview with Stormy Daniels can be found here.