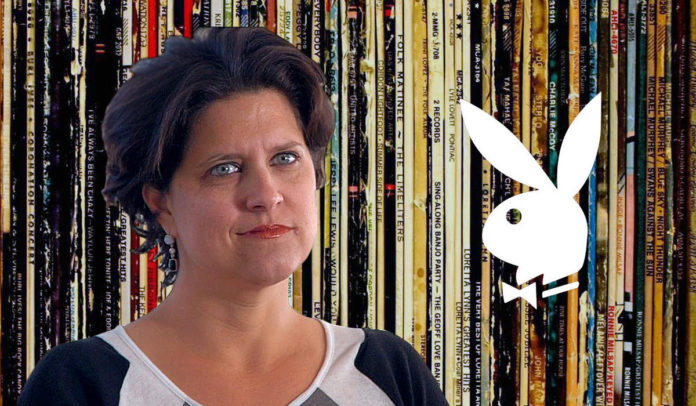 Recently, the Hefner family sold their remaining stake in the Playboy group. The first staffing decisions after the takeover by Icon Acquisitions Holdings indicate that the new owner wants to make up for the group’s shortcoming regarding the digital business and revive the struggling content production. Julie Uhrman takes over as President of Media. She is expected to expand the streaming business, video games and VR platforms. A clear sign that Playboy has not yet given up on the old saying that »Content is King«. A last try?

Julie Uhrman will lead Playboy’s digital businesses across all divisions and across the globe. The experienced media professional comes from Hollywood studio Lionsgate, where she was previously Vice President and responsible for the television and streaming business of the studio. The brands managed by her include Comic-Con HQ, Tribeca Shortlist and the Laugh-Out-Loud, co-operated with US comedian Kevin Hart.

At Lionsgate, she has already developed new services and new distribution channels worldwide for the studio’s content. Prior to Lionsgate, she worked for the VR pioneer Jaunt Inc.

Uhrman reports directly to Playboy CEO Ben Kohn, who apparently believes she can integrate the brand across platforms and distribution channels on a global scale. After all, the brand is worth far more than the current operative business, which has been shrinking for years and hardly reveals the former significance of the company.

Kohn says: »Julie brings with her a wealth of experience in media and digital-focused businesses that will be integral to our efforts to meet the demands of our current subscriber base and expand the brand’s presence on new platforms. With her entrepreneurial mindset and broad experience across digital product, Julie will be a strong asset as we develop opportunities across over-the-top TV platforms, gaming, VR/AR and digital products around the world.«

Uhrman is already looking forward to her new task and understands the special culture of the company with the bunny logo: »From its very earliest days, Playboy has been an organization that has stood for personal and social freedom. It’s a brand that actually helped trigger shifts in social awareness and continues to push the envelope in ways that make its offerings more inclusive than ever. I’m thrilled to be joining the Playboy team to help tell this evolving story through all mediums around the world for current and future generations.«

Producing content became less important over the years. There were repeated rumors that the company wants to discontinue its flagship Playboy magazine, and that the revenues from the licensing business with the company’s brand name and globally known logo have long since become the most important and profitable business area. For years, Playboy has therefore been developing into a lifestyle brand that essentially relies on licensing business.

Now, however, the decision to outsource the Playboy Group’s pay-per-view channels and websites to the MindGeek Group from Canada is being reversed. It remains to be seen whether the company really believes in new content or if the new group wants to have a tighter grip on the contents produced to better protect the brand. The result is the same: fears of observers have been dispelled for the time being. After the Hefner’s withdrawal, the group does not seem to be geared towards living on license fees from the brand name while no longer producing its own content.

Despite the license revenues, turnover has been declining for years. The former billion-dollar company has long since made less than 100 million dollars in sales. Nevertheless, half of that revenue is still coming from the production of adult content, mainly the legendary print magazine, the websites and the TV channel.

So it’s Uhrman’s job to take the brand back to its roots and prove that Playboy can not only live from the glory of its past, but can also sell new content to a global audience on its own. It would probably be a good sign for the entire industry if one of its founding members succeeds.