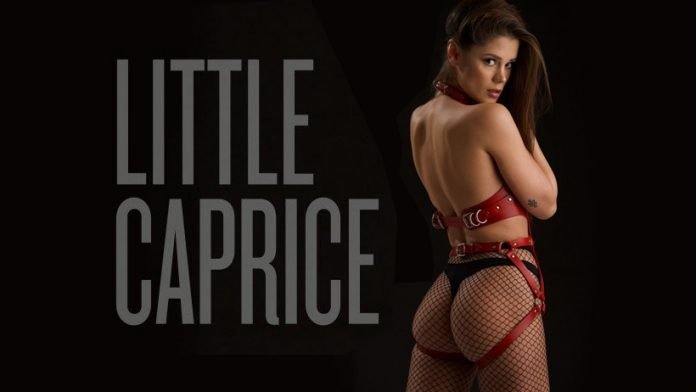 AVN Magazine, the respected US industry publication, is celebrating Czech-born VENUS star Little Caprice in a 20-page photo spread with a profile and endorsements throughout the issue.

In the editorial, Editor in Chief Dan Miller pays tribute to the actress’ work so far and also mentions the special dynamic created by her joint career with Marcello Bravo. »Five years and three thousand-plus members later, the creative team behind LittleCaprice-Dreams.com tells me ‘this is just the beginning’. Now that that Czech star and her partner Marcello Bravo understand what it takes to produce high-end content on a consistent basis, this year they plan to increase their output and production value.«

In addition to the cover, however, AVN Magazine also features Little Caprice in a 20-page photo spread, some double-page spreads with a short profile on her career to date. The sexy pictures show the performer in a setting reminiscent of the hit ’70s film »Emmanuelle.«

And if Little Caprice and her fans in Germany have their way, this reference to worldwide fame indicates the sensational potential of the actress, who is on her way to becoming a world star.

The digital version of AVN Magazine’s July issue can be found here.