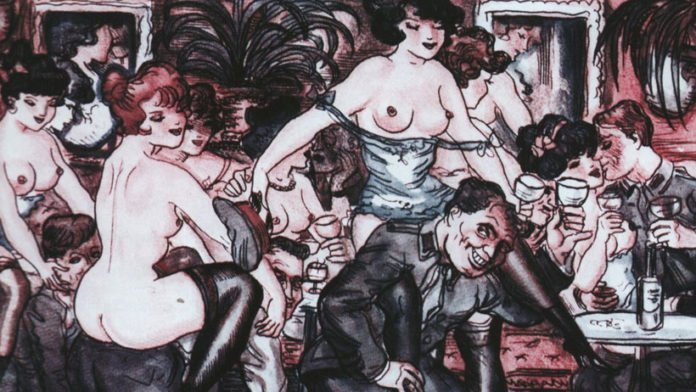 The museum’s director, Dr. Victoria Hartmann, is certain that Las Vegas travelers from all over the world will benefit from the exhibition: »Surely, people are acquainted with the movie ‘Cabaret,’ and have probably seen or read about some of what was happening in Berlin just before Hitler came to power. But what Mel Gordon studied, and what this exhibit reiterates, is what a fresh and free cultural spirit Berlin presented to the German people at the time.«

One of the unique elements of the exhibition is the focus on newly discovered works by Magnus Hirschfeld (1868-1935), a pioneer in the field of sexual research and co-founder of the first homosexual movement. The first sexual researchers and also hedonistic free spirits are presented as well as testimonies of the nudist body culture, which enjoyed more and more followers in Germany since the turn of the century.

Dr. Hartmann points out the serious damage the National Socialists’ policies inflicted on this early sexual revolution. »Hitler did his best to stamp out that spirit, burning great works of art, censoring pretty much all expression not in lock-step with his insane vision.«

If you’re about to take a vacation or a business trip to Las Vegas, you shouldn’t miss this special exhibition on German history. The exhibits include books, photos, magazines and posters from Mel Gordon’s collection. More information can be found on the museum’s website.

The German edition of Mel Gordon’s book was published by Index Verlag in 2011. You can purchase it here.