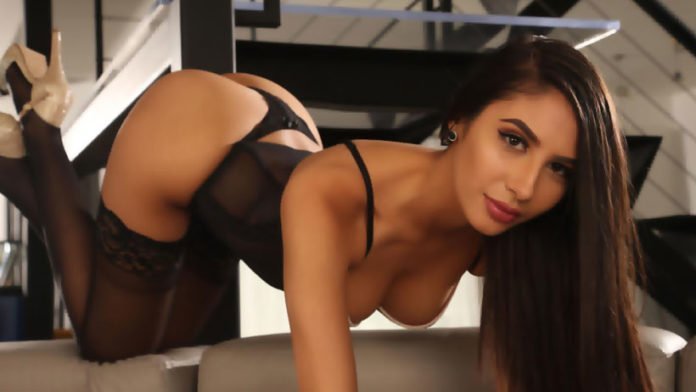 22-year-old Californian Gianna Dior was named Pet of the Year 2019 by Penthouse Magazine readers. Dior, represented by the influential agency Spiegler, is delighted to receive the award: »So honored to be named 2019 Penthouse Pet of the Year! I couldn’t be more grateful for this title and I’m very excited for this incredible opportunity!! Thank you so much to everyone who voted for me and continues to support me!«

Just in the business, already Pet of the Year

Dior is alluding to the fact that she has only been active in the industry for a year. So far she has appeared in scenes for renowned studios such as Cherry Pimps, Naughty America and Reality Kings.

The Penthouse Pets of the Year have been among the most successful stars in the industry for years. In previous years, Kenna James, Gina Valentina, Lexi Belle and Nikki Benz had been selected for the title. You can find an interview with Gianna Dior here. The website of Penthouse Magazine and current pictures of Gianna Dior can be found via this link. On Penthouse.com you can find out more about the history of the magazine and the brand.