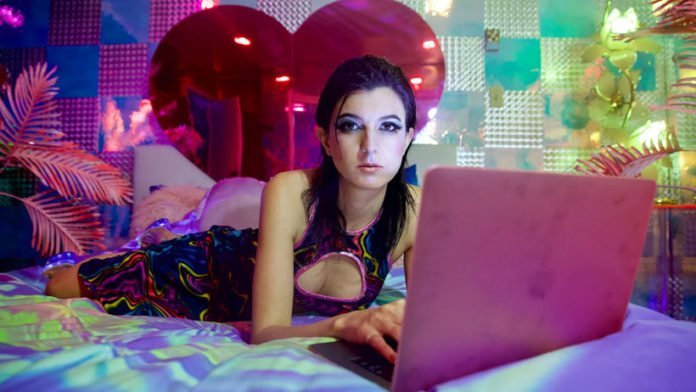 The former cam-girl Isa Mazzei has made a fantastic career step: From cam girl to screenwriter for an international Netflix film! After the hit thriller produced for the streaming specialist, Mazzei has now published her biography.

Later, Mazzei chose her literary passion and studied comparative literature at UC Berkeley. Afterward, she was at a loss of how her life would continue. »I was trying to find myself, and throwing myself at jobs, and just being brutally unhappy. I kept coming back to this idea of sex work.«

According to Mazzei, her work not only helped her to express herself but also to deal with sexual trauma from her childhood. »Camming was healing because it was this space where I had agency over my body. It took feeling I was safe to be able to confront that trauma safely.«

In the interview, she stresses: »I really want to help normalize and destigmatize this industry. When I was working as a cam girl, people would decide things about me before they met me, and then they’d say, ‘Oh my God, but you’re such a normal person!’ And I’m like, ‘Yeah, sex workers are normal people.’«

Although she still finds this effect sobering, she wants to continue fighting for the normalization of sex workers. »It’s kind of a shame that I had to become successful in something mainstream for people to take me seriously as a person.«

After the huge success with »Cam« in 2018, Mazzei and Goldhaber are now planning further projects. Two films are currently under development and Mazzei is also working on another book. Her experience in the industry will continue to play a role.