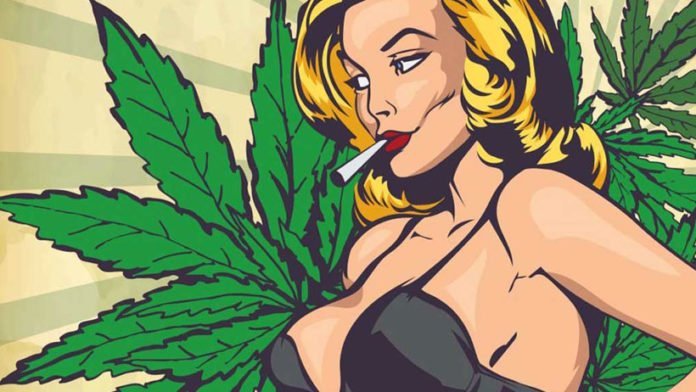 Researchers at the University of St. Louis have found that the consumption of marijuana is indeed beneficial for the female orgasm. What many women have long suspected is now scientifically confirmed.

Not only the ability to orgasm but also the orgasm’s quality is far more satisfying when women take cannabis before sexual intercourse. This was the result of a study with 373 women at St. Louis University in the US state of Missouri.

One-third of women interviewed said they used cannabis before sexual intercourse. The vast majority of women who used cannabis reported that sexual desire and orgasm quality increased and pain during sex was reduced. According to the researchers in the summary of their study in the medical journal Sexual Medicine, cannabis use has no effect on lubrication.

The results are clear, according to the researchers. The probability that a woman will experience a satisfying orgasm is drastically increased if the woman uses cannabis. For women who regularly use cannabis, it is even irrelevant whether they used it immediately before sex or not.

It remains unclear whether the type of ingestion plays a role in orgasm quality. The study offers no clues. Since many people do not like smoking so much and prefer cannabis as an ingredient in food, this question might be an interesting starting point for a follow-up study.

However, the dosage seems to be very important. Too high a concentration of cannabis can lead to fatigue and a decrease in libido. Researchers in St. Louis also want to further investigate the beneficial effects of cannabis. The scientists hope to gain long-term insights that could lead to the treatment of sexual dysfunctions and orgasm problems.

The study of the university in St. Louis can be downloaded here.