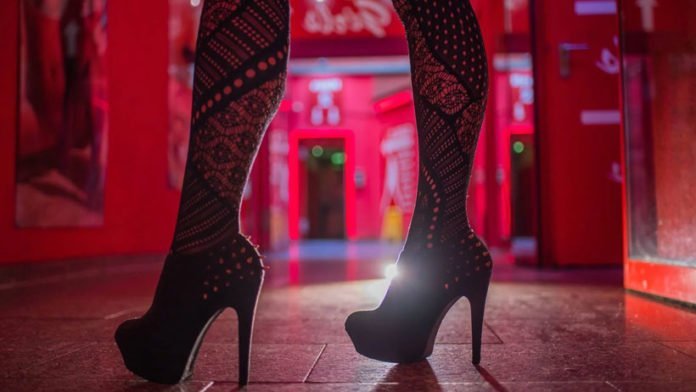 So now everywhere it’s shutdown and closure, and while most of the media only rarely talk about brothels and the adult entertainment industry, Venus Adult News will, of course, focus on the difficulties and challenges facing our industry in general, but also sex work in particular during the coming weeks.

Numerous bars, strip clubs, and brothels have been closed in Germany. On the Reeperbahn, in the Red Light district of Frankfurt, in Berlin’s scene clubs, but also in the numerous small brothels and clubs in the province and in small towns, the lights are going out. For the sex workers, club operators and event organizers affected, this is a heavy blow because after all, the erotic industry does not exactly meet with the approval of many politicians. Government aid is not to be expected for the industry. But what does it mean for the countless people who work and live in the sex industry? Only online pornography can expect sales growth for now.

For the average citizen, the closure of brothels seems a wise decision. No one thinks about it for long. In fact, however, the closure of brothels simply means a shift of sex work into uncontrollable illegality. What is certain is that even in the Corona crisis there will be prostitution. Whether legal or illegal. In the coming weeks, many a politician will, therefore, become quite aware of the importance of brothels and regulated sex work for public health and the safety of sex workers.

While in the state of Saarland, a brothel has a dispute with the regulatory authorities and wants to stay open, most brothel operators are acting in a very level-headed manner. Robert Frickinger runs the X-Carree, Saxony-Anhalt’s largest brothel. According to a report in the Bild-Zeitung, he has longed for the ordered closure despite the expected difficulties.

Frickinger says: »We are a place where close social contacts are forged. I can’t understand why the order has been delayed until now.« In the interview, he describes the situation in his house. Until the beginning of the week, five rooms were occupied. Most Eastern European sex workers have long since returned to Bulgaria and Romania for fear of the closing of the border.

Although the remaining women allegedly had many customers, Frickinger was concerned about the safety of the sex workers. That’s why he made the women in his house an offer to stay without paying rent for the time being. »Those who stay here don’t have to pay rent. We’ll get by for two or three months with no income.«

His colleague in Stuttgart, John Heer, also shows solidarity with the tenants of his house. In an interview, he says that if the women continue to be charged rent for the rooms, it would be tantamount to throwing them out on the street. So he too wants to do without rent for the time being.

But Heer criticizes the malice and lack of helpfulness of anti-prostitution activists. »All the aid organizations that usually always shout ‘forced prostitution’ – none of them are present here. There is nobody here to help.«

Armin Lobscheid, the operator of the Pascha in Cologne, told the newspaper WELT that the first thing he did was to apply for governmental aid in order to somehow get his house through the crisis. After all, his brothel has 70 permanent employees, including barkeepers, janitors and office staff. Lobscheid also wants to let the 70-100 sex workers live in the Pascha. “But we won’t charge them rent and provide them with free meals.”

But Lobscheid has no illusions about what the closures mean for the majority of sex workers. He warns in stark words: »Now the illegal, cheap prostitution is getting a massive boost – after all, no one in the law enforcement agencies has time to worry about what is going on in the apartment brothels.«

So there is an urgent need for an emergency measure to help the numerous sex workers, who continue to need income to be able to really let their work rest and not be forced into illegality.