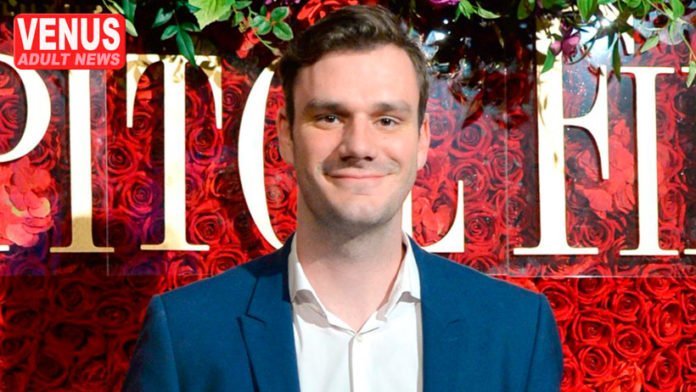 After the sale of their last shares in the long-struggling Playboy group, the Hefner family had disappeared from the limelight.  Now Cooper, the son of Playboy founder Hugh Hefner, has announced that he wants to run for a seat in the Californian Senate on the Democratic ticket. In doing so, he is continuing his father’s legacy in that he has fought for progressive and liberal issues with his magazine throughout his life.

Probably due to the lack of an aristocracy, Americans love their dynastic families of politicians and entrepreneurs, the Kennedys, the Rockefellers, the Clintons, the Bushs, the Vanderbuilts, the Trumps – they all serve as a fantasy nobility in a completely torn country that sometimes seems to be on the brink of new civil war.

Now the former creative director of Playboy, founder’s son Cooper Hefner, seems to be poised to take over his father’s legacy and turn the family name into a new dynasty. At 28 years of age, Cooper is in any case far too young to spend the rest of his life lying around with the millions from the sale of his shares in the bunny company. He doesn’t seem to be interested in becoming an entrepeneur like his father, instead the son of the publisher is planning a career in politics.

Hefner wants to become a member of the Californian Senate for the Democrats in the autumn elections. To this end, he is exploring his chances of running for office in Californian politics. In an interview, Hefner talks about his reasons for doing so. »I am deeply concerned about my community and country. I believe it is essential for new leadership that is committed to public service and lifting up all Californians.«

Despite his young age, he has several years of public and leadership experience. After he left Playboy for a time, the magazine made the controversial decision to no longer publish nudity. Hefner criticized this move sharply. The declining circulation proved him right. The magazine hired him back and the naked bunnies returned.

In the following years he tried to counter the declining relevance of the magazine by consistently trying to bring it into line with the new zeitgeist. A first transgender bunny adorned the cover under his leadership. However, he did not succeed in turning the magazine around. After selling his shares in the company, whose brand is now worth far more than the business activity, Cooper Hefner left the company. The new owner recently announced the termination of the US print edition of Playboy.

In addition to his work for Playboy, Hefner highlights other stops on his resume for a future political career and emphasizes the political element in his previous activities. He says: »Whether that’s serving as an airman in the U.S. Air Force Reserve or working with various non-governmental groups to develop and implement strategies designed to support the public good, I have been walking down this road for a long time.«

Among his campaign themes for running for the Senate post in California’s 30th District are a plan of action on climate change and sustainable energy, addressing the homeless crisis in the U.S. and reforming the police. The district includes Century City, Cheviot Hills, Culver City, downtown Los Angeles, South Los Angeles, and parts of Inglewood. Hefner’s venturing into the district’s politics, which has almost 1 million inhabitants, naturally points to greater ambitions of the budding politician.

To be successful in California however, he will have to prevail over former Senator Holly Mitchell, who enjoys the goodwill of governor and Trump critic Gavin Newsom. Hefner thus counts himself among the progressive, younger wing of the party, which is becoming increasingly uncomfortable for the Democratic party leaders, who are still aiming for consensus.

Especially in the Corona crisis, Hefner said, there is time for a fundamental change. »Our current public servants have too often fallen short on delivering well defined and comprehensive solutions for problems facing Los Angeles and California as a whole. My biggest concern right now is COVID-19 and how it will exacerbate the issues our communities already face.«

He adds, »This is the crisis of our lifetimes, but I am also dedicated to addressing long term issues like climate change and inequality. Effective action is needed now and well into the future.«

Hefner spent his childhood at the legendary Playboy Mansion in Westwood, California. He stems from Hugh Hefner’s second marriage to Kimberley Conrad. The 28-year-old is married to the actress Scarlett Byrne and will become a father in August.

Further information about Hefner’s campaign can be found here.