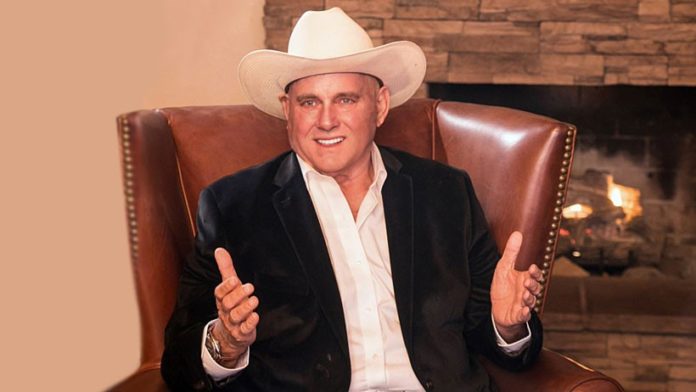 The brothel operator Dennis Hof, who died unexpectedly a few weeks ago, won a seat in the US state of Nevada during the Midterm elections. His name could no longer be removed from the ballot cards that had already been printed and sent out. The legendary reality TV star and owner of several legal brothels won the election for the Republicans by a considerable margin.

Dennis Hof, the self-proclaimed »Trump of Pahrump«, died unexpectedly in mid-October shortly after his 72nd birthday in the middle of the election campaign. Numerous industry giants and companions reacted in shock and mourned the versatile sex entrepreneur in public statements. Lesia Romanov, Hof’s democratic competitor for the seat in the lower house of Nevada, fought with tears in her reaction to his death. Since Hof’s name could no longer be removed from the ballot papers in time, he remained on the ballot for the elections in Nevada.

Within the framework of the so-called Midterms, the election on 6 November, Dennis Hof won the seat in the 36th district by 36 percent. An extremely clear victory for the charismatic new politician, who is now unable to take office. His seat will go to a Republican, who will be determined in the coming days by a commission in Nevada.

Ron Jeremy, who had found his friend Hof dead in his bed at the Love Ranch after a party weekend on Hof’s 72nd birthday, was confronted several times last year with accusations of sexual harassment.

Bob Zmuda, the founder of Comic Relief USA, also spoke at the funeral. In his funeral speech, he said: »Dennis lived himself to death. He couldn’t have planned his death better, he died having sex with a hooker.« Zmuda refers to the fact that one of the prostitutes on the ranch had spent the night at the farm before Ron Jeremy found him dead.

Besides the Republican seat in Nevada’s State Assembly, Hof leaves behind a fortune estimated at 55 million dollars. Industry sources say that at the time of his death five brothels (Love Ranch, Moonlite Bunny Ranch, Kit Kat Guest Ranch and the Sagebrush Ranch) including the corresponding licenses were still owned by Hof. In his will, Hof had appointed his long-time manager Madam Suzette Cole as the sole heiress of four of the brothels. However, distant relatives of the »Trump of Parumph« announced that they want to challenge the will.

Hof could not pass on the Love Ranch to Cole, as the brothel is located in a county where brothel licenses cannot be transferred. However, it is assumed that Cole will apply for the license for the brothel frequently shown in the HBO series Cathouse.