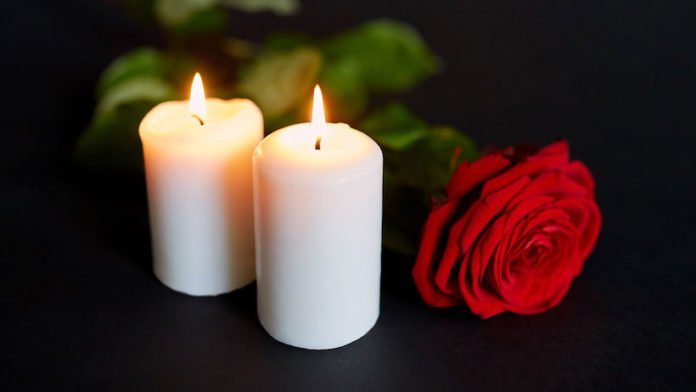 Last Saturday one of the important pioneers of gay pornography died in Prague of a heart attack. The US director and producer William Higgins was 77 years old. His career began in the early 70s and lasted for over four decades. Just one day before his death, he published an article on his video blog.

In 1978, the director founded his own production company Catalina Video, which he operated from Amsterdam and Prague for a good quarter of a century until it was taken over by C1R. In 2016, after a break of almost twenty years, a new production of Higgins was released there. The title of the movie was »Uncut and Raw«. C1R also released Higgins’ older classics.

In the interview, he said: »I certainly had no idea that it would grow to the dimensions that it has. I went to one GayVN Awards in Los Angeles—one of the few they actually had for just the gay side—and there were 4,000 people there. I was already over here, but I went back to be inducted into the GayVN Hall of Fame, and there must have been hundreds and hundreds of directors and producers and everybody working in the industry. When I started, there were, I don’t know, four or five people in L.A., five people in San Francisco, maybe four people in New York—and all working part-time except for the people in San Francisco. Whoever knew that it would grow any bigger? But trust me, those days in the 1980s were the big profit days. We didn’t realize it, but it turned out that way.«

Chi Chi LaRue said of the directing legend: »William Higgins gave me my start. He believed in me the second I walked in the door. I will never forget getting on the plane and flying to San Francisco for the first time to direct. He was very private and introverted but we had a bond, a special bond. He came to see my drag shows, and we’d talk to boys together; I’d ask them if they wanted to do porn movies. When I went to Prague, he would take us around to all these fabulous places. He started to look like Santa Claus in his later years but he was always fashionable and chic.«

William Higgins died unexpectedly at the age of 77 in his adopted hometown of Prague. His website can still be accessed.

With »Behind the Green Door« McDonald became famous in 1972 and a star in an industry that hadn’t known any stars yet.

The Rialto Report writes: »This was an era of shame and secrecy when no one used their real name, and most people didn’t use any name. But for a time, his name was everywhere — he once counted nine theaters showing his films in San Francisco at the same time. He started in the era of short, silent 8mm films and saw firsthand the progression to full-length pornographic features within a couple of years. He was in the industry so early that one of his last films was the Mitchell Brothers’ ‘Behind the Green Door,’ which is often cited as one of the first adult films.”

The 99-minute interview with George McDonald with the Rialto Report can be viewed here.

He shot for studios like Anabolic, Nasty Pixxx and Outlaw Productions and worked several times with director Christoph Clark. In industry circles, he was also known as one of the spokesmen for Evil Angel.

The producer Jules Jordan said in the first reaction to Marton’s death: »Jeff Marton was truly one of a kind. He would give you his shirt off his back for you. When I joined Evil Angel in the early ’00s he was working there and that is when I met him. The stories he would have about John Stagliano, Joey Silvera, John Leslie and Rocco Siffredi were incredible. He really was a free spirit and enjoyed being in the industry — he was definitely an industry ambassador. He later went on to work for me after my Evil Angel departure and I valued his employment and insight.«

Marton died on December 2 at his home in the San Fernando Valley from lung cancer and respiratory disease.