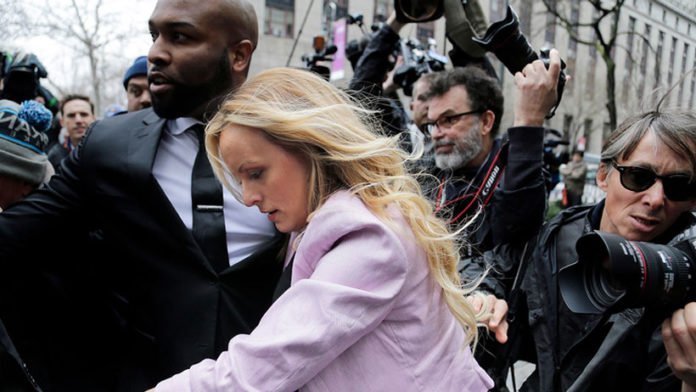 The arrest of Stormy Daniels on July 11, 2018 made headlines worldwide. At that time, the scandal about the affair between Trump and Daniels threatened to cost Trump the presidency. Daniels was arrested in a strip club in Columbus, Ohio, for allegedly touching a client of the club, who turned out to be an undercover police officer. Just 24 hours later, the charges were dropped and Stormy Daniels was released.

The Star then sued the local police department and was awarded 450,000 dollars in damages in an out-of-court settlement. Now, 18 months after the incident, Stormy Daniels was also proved right on another point. The actress already claimed in initial statements about her arrest that it was an act of political revenge and that she had only been arrested because she had gone to court against Donald Trump.

The disciplinary proceedings against the two policemen responsible, Steven Rosser and Whitney Lancaster, now ended with their dismissal. Not only that: the entire unit of the two cops was now dissolved by the city. Rosser and Lancaster were dishonorably discharged. The responsible director of the city called the behavior of the two policemen »a serious neglect of their duty« and »incompetent«.

Rosser had obviously not been particularly clever. His social media accounts were full of pro-trump propaganda. Investigators also discovered e-mails from Rosser, which indicated that he had planned the illegal arrest of Stormy Daniels in advance.

The whole action could have serious consequences for two other policemen. Ronald Kemmerling and Scott Soha were apparently accomplices of Rosser and Lancaster. Both are suspended for the time being.