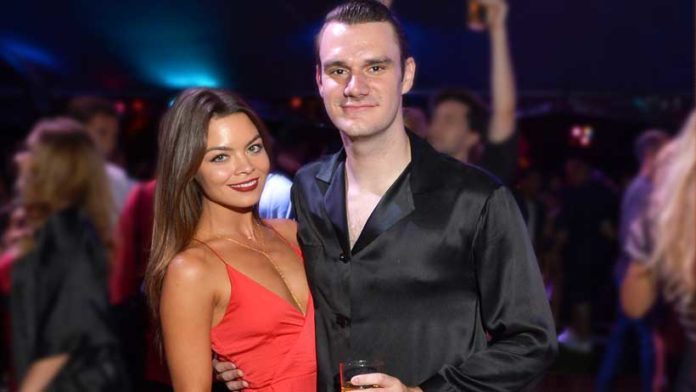 Even though the Hefner family sold their remaining shares after the death of the company founder, Cooper Hefner remained active as creative director of Playboy magazine. Now he changes jobs within the group. Hugh Hefner’s son takes over as Head of the Global Partnerships division.

The fact that Playboy’s brand name is now more valuable than the remaining operational business is no secret. After years of decline in the print business and the collapse of the once lucrative PayTV market, the bunny emblem remains a valuable commodity in the market for licensed goods. Only recently it was announced that now also shoes with the Playboy label will be sold.

Hugh Hefner’s son has been active within the Playboy Group for several years. When the legendary magazine in the group’s core business began to falter again after the questionable decision was made not to display nudity in the magazine anymore, Cooper Hefner assumed his position as creative director of the Playboy print business. He tried to stop the decades-long decline in the magazine’s circulation by making controversial decisions such as putting a first transgender playmate on the cover of the magazine. And with Stormy Daniels, another global megastar was won for Playboy’s recent issue. Nevertheless, the publication cycle of Playboy magazine had to be cut again. The magazine is now only available as a quarterly.

So it was high time for Hugh’s son to switch to a different horse. He announced on Twitter that he was giving up his job as creative director at Playboy magazine. Instead, Cooper will now lead the profitable and growing division of Playboy Enterprises: the global business of licensing the brand to manufacturers across multiple industries.

The cornerstone for the Playboy group as we know it was laid in 1953 with the founding of Playboy magazine by Cooper’s father Hugh Hefner in Chicago. After his death in 2017, the legendary Playboy Mansion fell to the new owner, who had given Hugh Hefner permission to live there for the rest of his life after buying it several years ago. The heirs sold the remaining shares in the Playboy Group, once worth billions, for a few million to Icon Acquisitions Holdings Inc. Numerous items from Hugh Hefner’s legacy went on auction in December. Recently there were rumors about the whereabouts of the sex tapes that Hefner had made throughout his life. He taped himself but also orgies of his guests in the Playboy Mansion. Allegedly, the Playboy founder had them destroyed during his lifetime. Nevertheless, rumours continue to circulate that there might still be tapes, for example, showing the now imprisoned US comedian Bill Cosby at one of his sexual offenses.

Either way, Hefner’s legacy continues in form of his company and also by his son’s involvement in it.