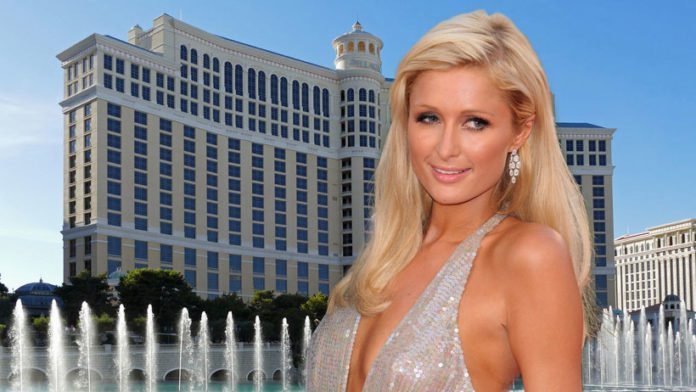 If we are honest with ourselves, it is sometimes a lot of fun to read about the scandals and falls of the powerful, rich and beautiful. If then in addition the places where the celebrities got themselves into trouble out of greed, lust or stupidity are a bit exotic, we are getting popcorn and start gloating. In recent years, there have been repeated mishaps in famous luxury hotels by prominent and powerful people.

Here is a list of five of the biggest sex scandals that took place in famous hotels.

1. Paris Hiltons sex tape was shot in the Bellagio in Las Vegas

The success of the tape was so immense that Salamon was also able to market the film on DVD and television. Legal steps against the distribution of the porno turned out negative for Paris Hilton. Although she was awarded a settlement, the 400,000 dollars she won were probably peanuts and a poor consolation for Hilton, because as a future co-heir of the Hilton hotel fortune she would eventually own billions. However, for years now she has been successful as an entrepreneur herself. Paris Hilton’s fame, initially based on her reputation as a party girl and omnipresent celebrity, has long since given her an empire worth millions, which includes numerous luxury products and perfumes that bear her name. The value of her diverse businesses is estimated at triple-digit millions. Not bad for a woman whose original fame was based on not much more than being famous.

2. Ronaldo’s dispute with transvestite prostitutes at the Papillon Motel

Ronaldo is without doubt one of the great masters of his sport. But the world soccer player from Brazil also made a name for himself because of his lifestyle. In 2008, he experienced public embarrassment when he clashed with trans prostitutes at the Papillon Motel in Rio de Janeiro, Brazil.

3. Eliot Spitzer squandered a political career in the Mayflower Hotel in Washington

The fact that the beds in Washington are sometimes rather sinful is certainly not news. The Mayflower Renaissance Hotel, popular with politicians, can now look back on an eventful history. According to rumours, John F. Kennedy already met his mistress here. At the time of the affair between Monika Lewinsky and the then President of the United States, Bill Clinton, the most famous intern in the world had been a guest at the hotel.

More recently, in 2008, the US top Democrat Eliot Spitzer, who was on his way to success, buried his promising political career in the hotel. The then governor of New York was considered by many to be an upcoming political star and potential presidential candidate. But then, in February 2008, he decided to use the services of a prostitute at the Mayflower Hotel. The night did not stay between the two, already in March the New York Times reported on the infidelity of the married governor. Since prostitution is also strictly forbidden in the USA, there was a criminal act in addition to his wife’s public humiliation. Shortly after the article appeared, Spitzer resigned on March 12. Although he was later able to celebrate success as a host of political talk shows, his career as a top politician could not be saved. His marriage survived the immediate aftershocks of the affair, but in 2013 the couple announced they would file for divorce.

4. The British Crown heirs Kate and William got sexy gifts

After decades of crisis and PR failures, the British are once again in love with their royal family. The two sons of Princess Diana undoubtedly contributed to this development. William and Harry have become beloved by the British people. But not only the two male offspring of the British monarchy enjoy great popularity. Both sons of Diana have shown a lucky hand in their choice of partners – at least from the public’s point of view. Kate and Meghan are beautiful princesses, often adored, who were able to warm the people and the world at large again for the British Royals.

A hotel on the Maldives, however, perhaps took it a little too far in its intention to please Kate and William when they decided to stay at the Cheval Blanc Randheli Resort. In the room of the future royal couple, the two found not only an iPad to welcome them, but also a selection of sex toys. The detail made its way to the press, which the British media found to be a great source of inspiration. Although they were indignant and piqued, the tabloid story might have sweetened the day for many an editor. A spoilsport reporter working for the Sunday Times, however, went to the scene in the aftermath of the little faux pas and had no mercy with the hotel. In her mind though the real scandal was the terrible food the hotel was serving its guests. But should anyone coming from Great Britain really should complain about bad food in other countries?

Hardly a French politician had so much star power and public sympathy as Dominique Strauss-Kahn, perhaps the Parti Socialiste’s greatest hope in 2011 for the then imminent battle with Nicolas Sarkozy for the presidency of the France. Strauss-Kahn was chairman of the International Monetary Fund at the time and could count on his party’s support for a run for the candidacy. But then came 14 May 2011, when Strauss-Kahn, also known as DSK, allegedly harassed a hotel maid during his stay at the Sofitel Hotel in New York. He stood accused of attempted rape.

In the course of the investigation, the top politician was arrested in the US. Sperm samples by DSK had been found on a piece of clothing belonging to the hotel employee, which lent additional credibility to her allegations against the politician. Strauss-Kahn was married at the time and belonged to the elite of the French political caste. The once popular DSK had no chance to survive a scandal like this politically. First he had to resign his position at the top of the IMF. And although the New York Attorney General dropped the charges later, DSK’s hopes of running for top office in France as well as his marriage to the popular TV journalist Anne Sinclar were beyond repair. The couple divorced in 2013. One year after its founding, an investment company co-founded by DSK in Luxembourg went bankrupt. Today, the former star of the Parti Socialiste acts as advisor to controversial governments in Tunisia and Congo.