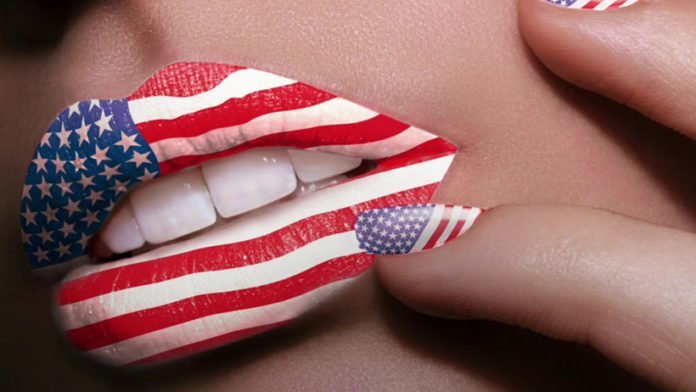 One of the most promising candidates in the race for the nomination for the US Democrats’ presidential candidacy in the 2020 election campaign is Senator Kamala Harris. In a remarkable interview, the candidate indicated that it would be thinkable for her to decriminalize sex work and thus prostitution in the USA. In the sexually deeply schizophrenic country, this would be like a revolution.

There is no other country in the world where pornography, the sexualization of the human body as a product, is more extensive and more pronounced than in the USA. In the meantime, only a few countries have similarly restrictive legislation on prostitution. Except in a few districts of Nevada, sex for sale is strictly forbidden in the USA. Nevertheless, the oldest trade in the world is of course strongly present – a difficult situation for sex workers and their customers.

In an interview with The Root, one of the most promising candidates for the Democratic presidential nomination has now indicated that she could legalize prostitution. An astonishing statement, as it comes from Kamala Harris, one of the Democratic Senators who voted for the disastrous SESTA/FOSTA legislation of the Republicans and thus worsened the lives of sex workers of all kinds in the US. The laws allegedly directed against sex trafficking have destroyed a functioning online system that has provided sex workers with relative safety when marketing and promoting sex services.

Kamala Harris has made a name for herself in recent months as a rising star in the Democratic Party. Her attempt to become the candidate of her party against the incumbent president Donald J. Trump seemed to be certain months ago. In numerous Senate hearings, she distinguished herself as a sharp-tongued, eloquent and knowledgeable opponent of the Trump government. Many late-night appearances telegenic interviews also paved the way for her candidacy for the nomination. Only a few of the numerous Democratic candidates appear as self-confident and promising as Harris, who is moderate but all in all left-leaning. After the announcement of her candidacy, she was able to prove with several major events that she can also draw thousands of people under her spell.

The interview with The Root was immediately noticed by numerous media outlets. The attempt to decriminalize prostitution would be a first ever as part of a campaign of a serious presidential candidate. However, many commentators also point to what Harris did not say in the interview because these blanks could be crucial. Kamala Harris did not comment on how she would advocate decriminalization. Would it be a truly complete legalization of prostitution? Or maybe decriminalization of sex workers, but a punishment for the clients following the Norwegian model? A state-controlled liberalization? A legalization of individual sex work, but a ban on brothels and intermediaries? So far, the interview contradicts Harris’ own vote in favor of SESTA/FOSTA.

The possible candidate for the highest office in the USA in the 2020 elections said: »I think that we have to understand, though, that it is not as simple as (decriminalizing)… There’s an ecosystem around that, that involves crimes that harm people. And for those issues, I do not believe that anybody who hurts another human being or profits off of their exploitation should be … free of criminal prosecution.«

This could be read as a clear positioning against organized prostitution, any service providers, landlords, establishments and marketing partners could continue to be criminalized.

On the other hand, Harris said clearly what no other US presidential candidate has said before her: »But when you’re talking about consenting adults? Yes, we should really consider that we can’t criminalize consensual behavior as long as no one is being harmed.«

The interview can be found here.