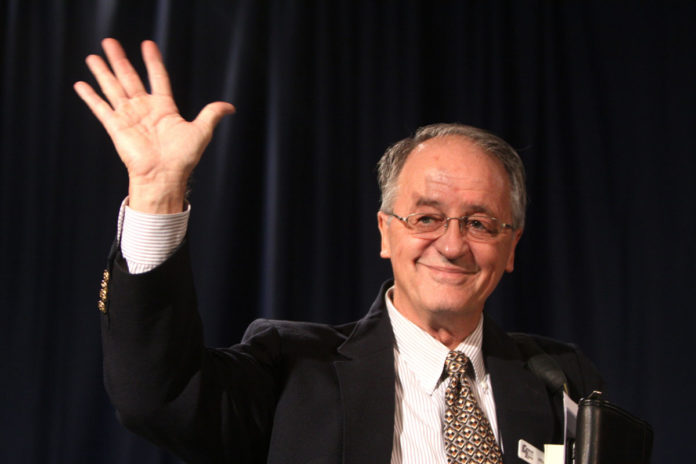 Delegate Bob Marshall is no stranger to controversial legislation, but a new joint resolution he’s proposed could raise eyebrows in an industry that specializes in such an act.

“When you see more of these episodes of teens texting pictures to each other, there’s obviously an obsession or fixation on the body as an object, not a person,” said Marshall in an interview with GayRVA. “It’s not very helpful for social relations or later development of a family. I thought, lets draw a line in the sand.”

Marshall is most famous (on this website) for being co-author of Virginia’s 2006 ban on same-sex marriage, the Marshall-Newman, which has since been overturned by the Supreme Court. Marshall has long argued against the power wielded by the Supreme Court, so he was reluctant to say he was concerned about the many times the highest court in the land has found pornography constitutionally protected.

“The founders did not set up a group of lawyers to be a bevy of plutonic guardians that are totally outside of anyone’s influence or control,” he said, even when questioned around the possibility of President Elect Trump appointing conservative justices which could support such anti-porn legislation.

But for folks like Alison Barber, owner of local adult toy and video store Taboo Inc., Marshall’s bill is an assault on her livelihood.

“It’s all about stimulating people and their sex lives in a positive way,” she said. “I have a whole section of curvy women, of older women. The more negative body image is in the mainstream media, with actresses and models.”

And as for how the pornography treats women and those involved in productions, Barber said, in the 14 years she’s been running Taboo, the industry has come a long way from seedy basements and private collections.

“It’s a large network of big companies who work very hard to ensure the safety of their performers,” she said. “And a lot of performers enjoy what they do and are well informed. There’s strict testing… it’s come a long way and it’s crazy to think that people are being hurt by participants of viewing pornography.”

But Marshall, who said we “couldn’t publish” his response to those who are thriving in the world of adult videos, is steadfast in his hopes to corral the art form.

That “infringing” is something the ACLU of Virginia is concerned about when looking at a bill like this as well, but not in the way Marshall thinks. While the legislator and the civil rights group or working together on other legislation dealing with privacy rights, they split when it comes to limitations on the adult industry and what it produces.

“The term “pornography” is vague, ambiguous and not defined in the regulation,” said ACLU of VA spokesman Bill Farrar. He said there are a number of issues with the bill over all, but more concerning was Marshall’s belief it could shape future legislation despite Supreme Court precedent. “It is troubling as as a potential precursor to future legislative or policy efforts to regulate First Amendment- protected activity by adults.”